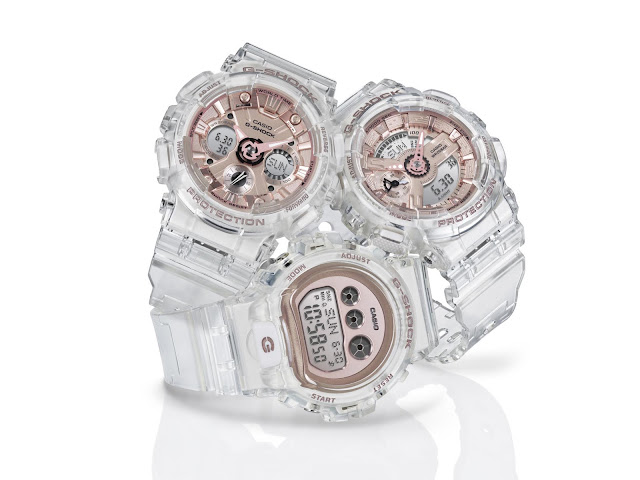 The updated GMAS110SR-7A, GMAS120SR-7A, and GMDS6900SR nod to the popular translucent styles seen throughout the 90s and resurging today. Each model in the series boasts its own unique look, with the GMAS watches arriving in circular cases with large side buttons, while the GMDS6900 boasts the classic "three-eye" G-SHOCK digital LCD display.

Combined with their all-translucent cases and bands, the model's metallic accents help them stand out and act as the perfect accessory for both fashionable and casual looks throughout the seasons.

The updated GMDS6900SR arrives with an EL Backlight for its LCD display, while the GMAS models boast and Auto LED Light, making the displays easy to read even in darker conditions.

The GMAS110SR-7A and GMAS120SR-7A will retail for $140 each, while the GMDS6900SR-7 will retail for $110. The timepieces will be available for purchase starting Mid-February at gshock.com, G-SHOCK Soho Store, and select G-SHOCK retailers including Macy's.