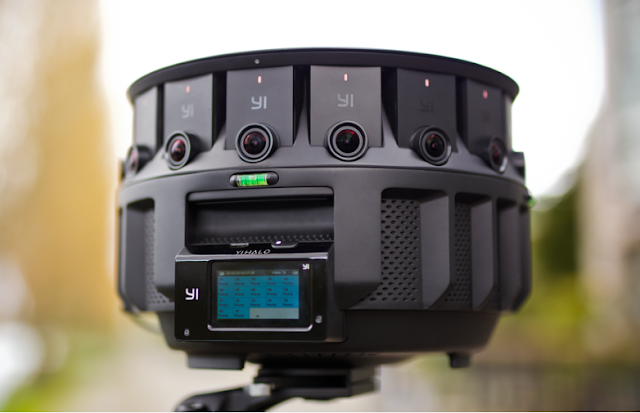 Xiaomi-backed Yi Technology debuts Yi Halo, a $17K 17-camera VR rig made in partnership with Google that can shoot stereoscopic video in 8K resolution at 30FPS

Virtual reality video lets you experience the world in amazing ways—it can put you in the front row for your favorite band, take you on the field during the championship game, or bring you under the sea to explore coral reefs. However, VR filmmakers still face challenges bringing their stories to the world—cameras are bulky, post-production is time-intensive, and each step can be difficult and expensive.

To enable more great VR films, today we're introducing the next generation Jump camera— the YI HALO—and Jump Start, a program to get Jump cameras into the hands of more filmmakers than ever before.


We launched Jump in 2015 to simplify VR video production at every step from capture to playback. The Jump team partners with top camera manufacturers to build professional, high-quality VR cameras. Footage from those cameras runs through the Jump Assembler, which uses sophisticated computer vision algorithms and the computing power of Google's data centers to create 3D 360 video. Amazing VR videos have been made with Jump, such as The New York Times’ Great Performers collection, Within’s “The Possible” series, the NFL Immersed series, and Wevr’s “Internet Surfer” video.