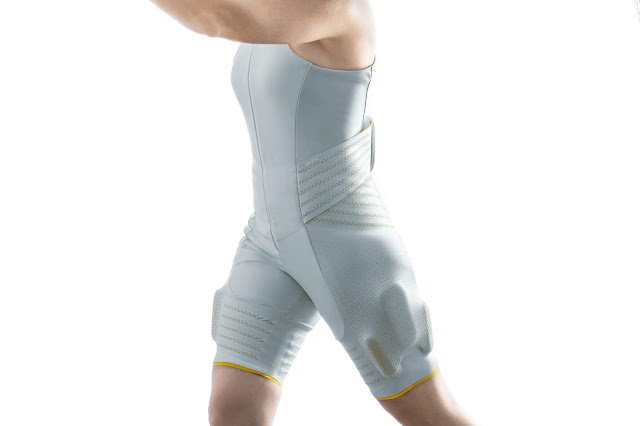 Seismic, an apparel company creating clothes that improve quality of life through quality of motion, today unveiled its Spring 2019 Collection on stage at TechCrunch Disrupt, which is the world's largest technology startup conference. Seismic's Powered Clothing™ fuses discreet robotics with textiles to create products that look and feel like apparel, but function more like an extension of the human body — an extra set of muscles people can put on every day. 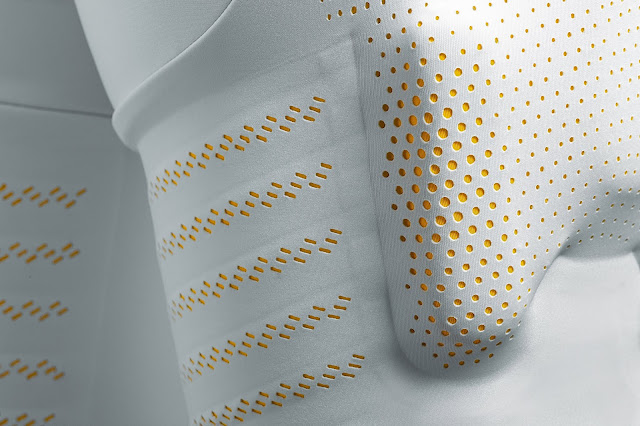 Fresh off the acquisition of Lumo Bodytech's intellectual property, CEO and Co-founder Rich Mahoney showcased the Seismic Spring '19 Collection by introducing models wearing bespoke Seismic suits in a refined palette with bright accents. The demonstration highlighted how Seismic suits support the body's core by providing up to 30 watts of power to each hip and the lower back to support sitting, standing, lifting, carrying, and a range of other activities.

Seismic will enter the consumer market with a limited release in 2019. The company plans to focus on the activewear market, which rang up $97 billionin U.S. sales in 2015 according to Morgan Stanley.

"If you wear clothes, you are a potential customer of Seismic," Mahoney said. "We see a future where simply getting dressed in the morning can dramatically improve people's lifestyles and expand what they are capable of accomplishing. Today we unveiled a product prototype, and our technology will continue to become lighter and smaller and more powerful, with the suit's intelligence uniquely optimizing the wearer's experience, learning and adapting with every use."

The base layer is the apparel itself, which is designed to be worn primarily as an undergarment or can be worn as activewear on its own.
Seismic's designers looked to the sports performance world to create a premium-quality suit that is cool, dry and comfortable to wear.
The base layer contains interior pockets that hold the removable hardware and rechargeable lithium-ion batteries.
It is constructed from a combination of stretch knit and woven fabrics that follow the contours of the body and provide structure where needed.
The strength layer contains the robotic components – located on the outer leg, extending up to the hip area, and including the lower back – that replicate the functionality of muscles, tendons and ligaments.
Seismic's robotic "muscles" contract and relax, just as the body's muscles do, to assist the wearer's motion, such as standing up from a seated position.
If the wearer is in a prolonged standing position, the muscles co-contract around the hip to promote stability and proper posture.
This layer also includes sensors that track body orientation, as well as the force applied by each robotic muscle.
The intelligent layer is contained within an external pack, worn on the lower back, that is akin to the suit's brain and borrows from mobile and IoT technology. Key components include:
Onboard computer with memory that gathers data from sensors throughout the suit.
Wireless connectivity (WiFi, Bluetooth, LTE) to access suit settings.
Fully programmable suit controls that provide a user experience called "Symbiosis." With Symbiosis, the suit listens to the wearer's movements and automatically provides support at just the right time; no other commands from the user are necessary.


"Creating impactful robotic products is my passion," Mahoney said. "The impetus for starting Seismic was when I realized a very simple truism: no one wears robotics, everyone wears clothing. That is why we are an apparel company first and foremost. The more we fit into people's lifestyles, the more they will use the technology.

"I'm happy to report that our beta users love the suit and show us new use cases all the time. They are playing tennis while wearing it, going hiking, even wearing it to concerts where they'll be seated for long periods of time. This is clothing that should exist, and now it does."