LinkedIn Top Companies 2018: Where the U.S. wants to work now 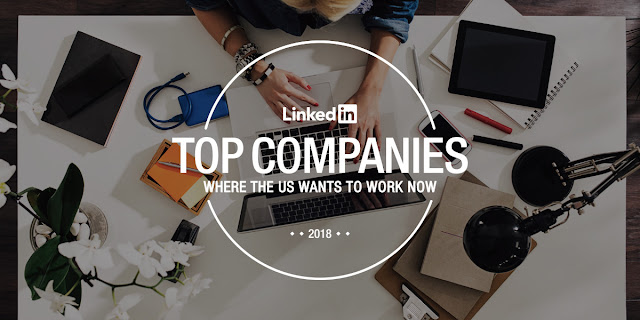 From Starbucks to Spotify, the 2018 LinkedIn Top Companies represent the companies where professionals most want to work across the U.S. — based on the actions of LinkedIn’s more than 546 million professionals (over 146 million in the U.S. alone). They are respected brands and innovators, and all attract outsize attention by jobseekers.

The Top Companies list is based on the billions of actions taken by LinkedIn members and looks at four main pillars: interest in the company, engagement with the company’s employees, job demand and employee retention.