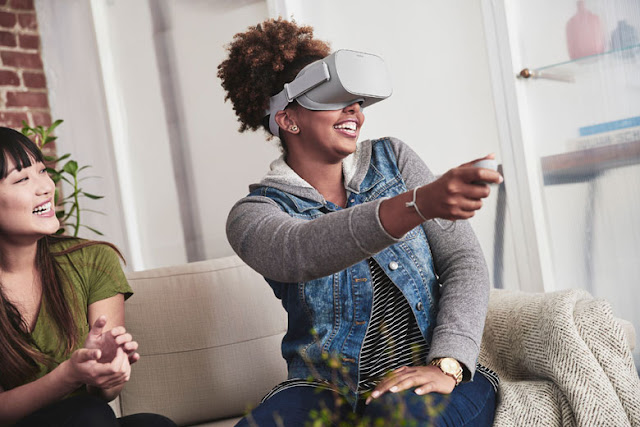 
Facebook: Our first standalone product is Oculus Go—the easiest way to jump into VR. It ships early next year, starting at $199 USD. It’s awesome for watching movies or concerts, playing games, or just hanging out with your friends in VR.


This all-in-one device makes VR more accessible than ever and represents a huge leap forward in comfort, visual clarity, and ease-of-use.


The headset is super lightweight, and the new fabric used for the facial interface is soft and breathable.