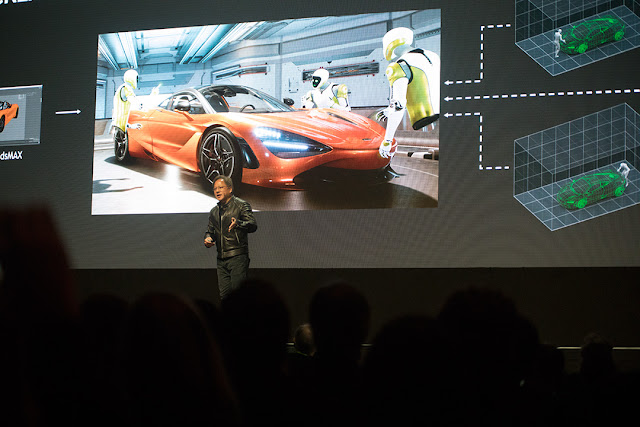 NVIDIA founder and CEO Jensen Huang took the stage Tuesday in Munich — one of the hubs of the global auto industry — to introduce a powerful new AI computer for fully autonomous vehicles and a new VR application for those who design them.


Huang’s talk — to more than 3,000 developers and executives gathered for the three-day GPU Technology Conference in Europe — continues the GTC world tour that kicked off in Beijing last month and will roll through Tel Aviv, Taipei, Washington and Tokyo in the coming weeks.

“Welcome to GTC 2017,” said Huang, clad in his trademark leather jacket, taking the stage of the gleaming Munich International Congress Center. “GPU computing is the topic of this conference, and we’ve dedicated our company’s life to advancing this form of computing to enable breakthroughs and science all over the world.”

Huang described some of the hundreds of GPU-accelerated applications in computer graphics, scientific computing, machine learning and data science. They’ve been adopted by industries as diverse as high-performance computing, internet services, automotive, medical imaging, and logistics.

He also congratulated a pair of teams that captured Nobel Prizes in physics and chemistry last week — and the world’s imagination — with work that confirmed the existence of gravity waves and peered into the inner workings of the body’s cells.