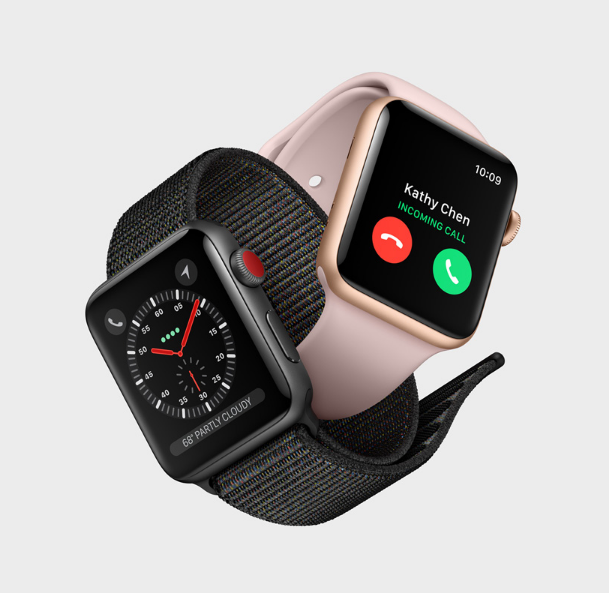 Apple today introduced Apple Watch Series 3, adding built-in cellular to the world’s number one watch. Whether users are out for a run, at the pool or just trying to be more active throughout their day, Apple Watch Series 3 with cellular allows them to stay connected, make calls, receive texts and more, even without iPhone nearby. The third-generation Apple Watch is an amazing health and fitness companion with intelligent coaching features, water resistance 50 meters1 and a new barometric altimeter that measures relative elevation. Apple Watch Series 3 comes in two models, one with GPS and cellular, and one with GPS, both featuring a 70 percent faster dual-core processor and new wireless chip.

“We believe the addition of cellular will transform the way people use Apple Watch, providing a new sense of freedom since they can stay connected with or without their iPhone,” said Jeff Williams, Apple’s chief operating officer. “Apple Watch Series 3 combined with the power of watchOS 4 is the ultimate device for a healthy life.”
Soon, the combination of cellular and watchOS 4 will allow Apple Music users to stream 40 million songs right from their wrist. Beginning Friday, September 15, Apple Watch Series 3 (GPS + Cellular) will be available to order in 10 countries and territories, and Apple Watch Series 3 (GPS) will be available to order in 28 countries and territories. Both models are available in stores starting Friday, September 22.