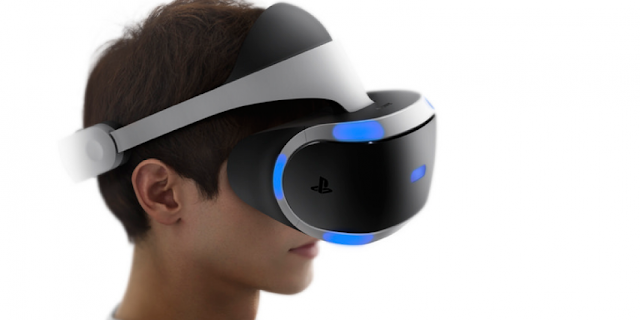 Virtual reality is a relatively new area and the big companies are now doing more than just dipping their toes to test the waters. However, it’s the start-ups that are rushing head-on towards the virtual horizon. Of course, not all startups are created (and invested in) equally. So here’s the list of the the 7 VR startups to follow in the year 2016.

Survio Studios knows that we grew up watching Johnny Mnemonic and reading Snow Crash. They know that we want run around VR like virtual samurai and cut people up with swords. Well, Survio’s game Raw Data might not let us engage in VR duels, but you will be able to hack robot limbs off! The game capitalizes on HTC Vive controllers and movements sensors to deliver unprecedented freedom of movement: the sword will move with your hand, the pistol will point where you point, and you’ll reach behind your back to draw and notch arrows.
Yes, you will be shooting robots with a bow.

VR (and AR to some extent) is almost inseparable from 3D models. You’re not going back to sprites when the world is moving to the future! However, a hotshot new VR developer might not be a hotshot 3D modeler. Enter CGTrader, which is ready to supply most if not all of your 3D model needs. They have over 17,000 low poly models, the biggest library of low polygon models on the internet. It is extremely useful for videogame developers, doubly when they have to work with limited hardware, such as the one used in Samsung Gear VR. If you don’t’ find what you need, you can post a job request to make use of the roster of around 400,000 3D designers that call CGTrader their home.

Apple is somewhat mum when it comes to their VR plans. But the company has recently bought up Flyby Media, a startup that does a lot of work with location tracking through phones, a product that Apple is (in)famous for producing. Flyby works on tracking movements in interiors through phones, which could lead to advances in VR navigation, delivered through something as commonplace as your Apple smartphone.
Take that, Samsung Gear VR!

While everyone else is making VR games about killing robots, MindMaze is thinking about medical applications of VR. They’re looking to make stroke rehabilitation more effective, motivating and fun, as well as allowing doctors to collect all sorts of non-intrusive data. While the games themselves might look threadbare, MindMaze’s technology certainly isn’t, with precise motion and body posture tracking. We’re only a few years away from grandpa overcoming stroke through slaying VR orcs.
They’re also working on a more traditional headset that combines VR and AR capabilities.

Virtual Reality is not only about interacting with fantasy worlds, it’s also about seeing the real world in new and exciting ways. Israeli startup Replay Technologies is working hard on immersive VR video technologies. Their Free Dimensional Video (FreeD) allows people to watch and experience events through immersive camera views from multiple angles.
They already presented the tech with 360-degree instant replays during NFL Super Bowl 50 and NBA All Star Weekend.

The problem with moving around VR space is that you’re acutely aware of your legs not moving. Not so with Virtuix Omni, the omnidirectional gaming platform. It combines a platform, a hardness, a pair of specially designed shoes and tracking pods to deliver the experience of walking, running and strafing in game. You don’t actually move anywhere physically – the platform and harness take care of that part – but your movements translate into movement in game.
It’s much safer than just running around in Vive sensor environment. Less potential corners to stub your toe on.

This one is more about software than any kind of spiffy new hardware. AltspaceVR is actually extremely hardware agnostic – there are many ways to join in the fun with this new VR social experience. Altspace gives you virtual environments where you can interact with you friends. Watch movies, play chess, share funny cat pics, all while represented by your robotic floating avatar which can kiss, fistbump and more. It takes virtual group interactions away from shoddy Skype video calls and gives you digital bodies for VR parties in virtual living rooms.

Considering that the interactivity improves together with the complexity of your VR hardware, I can’t wait for Altspace to cooperate with Survio to bring us casual virtual swordfights.