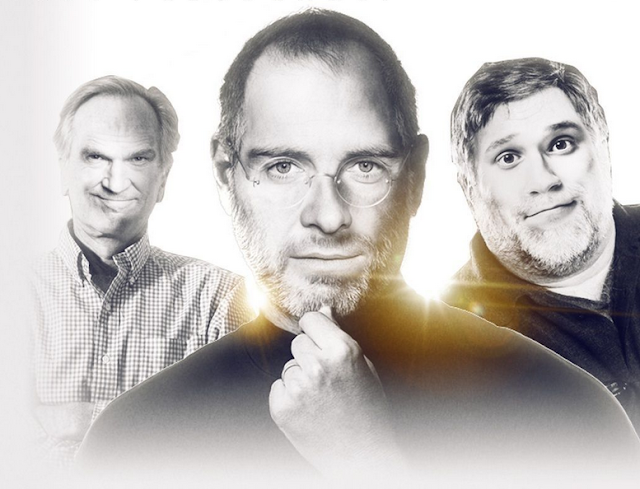 Universal Pictures has released their first trailer for the new Steve Jobs movie, which stars Michael Fassbender and the late Steve Jobs.

The movie is based around three of Apple’s major product releases and the screenplay is based on the biography of Steve Jobs by Walter Isaacson.

The new Steve Jobs movie is directed by Danny Boyle and is written by Aaron Sorkin, and it also features Seth Rogan as Steve Wozniak and Jeff Daniels as former Apple CEO John Chullet.

The movie will launch in theaters in the US on the 9th of October 2015.