Yay or Nay - Online Games are a Waste of Time


“Online games are a waste of time.” There’s a good chance you’ve heard that line before. If you’ve been playing games since you were young, chances are you’ve heard this line uttered by a parent or a guardian. Well, what do they know? They’re not gamers so they don’t have the slightest idea on how online games work. 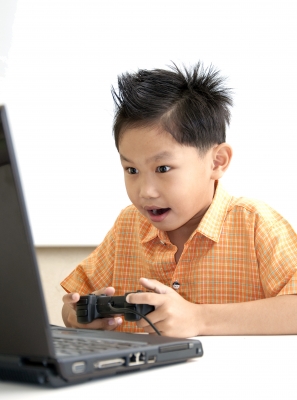 Definitely NOT a waste of Time

This post is written to dispel the notion that games are a time waster. They are totally NOT a waste of time. In fact, online games can offer a lot of benefits. We’ll discuss those benefits below. But before we continue, we’d like to throw out a word of caution...

There’s always an ‘if’, and online games are no exception. If played moderately and responsibly, online games can do a lot of good. But if they’re played excessively to the point where the games start to affect one’s life, then they’re more than a waste of time, they become life destroyers.

5 Reasons Why Online Games aren’t a Waste of Time

So now that we’re clear on how online games should be played, let’s look at the top 5 reasons how they can provide benefits:

Online games have evolved in a way that it now connects people. There are games that call for players to cooperate and collaborate in order to move to the next level or achieve a high score. An online community, composed of players, is built within these games. It becomes a vehicle for people to meet other like-minded individuals. It’s also their chance to form bonds with these people. So it’s true that online games can, in fact, enable gamers to make new friends.

Games require a lot of skills. And these skills often involve a lot of hand-eye coordination. Some online games require players to have reflexes real fast in order for them to achieve success. A good example of this are first-person shooting games. These games require players to concentrate on the screen while clicking and moving the mouse. These movements greatly improve their hand-eye coordination, not to mention their concentration.

With rich visuals and graphics, online games provide players with a novel environment where they can act out their fantasies. This gives them the chance to play with their imaginations and do things they otherwise couldn’t do in real life. Also, there are games that have really engrossing storylines. You won’t be surprised to discover that there are online gamers who create fan fiction prose from the characters of the games they play. A good example of a game that boosts creativity and one’s imagination is Scribblenauts Online (scribblenautsonline.com).

Online games are not merely child’s play. It takes a lot of skill, determination and creativity to play them. As a result, players learn about how to set realistic goals for themselves. They are also given motivation to persevere and succeed. Online games also teach players how to become a role player. A good example of this is World of Warcraft. Players of this game have to team up in order to achieve success; otherwise they’ll wallow in mediocrity (and without friends).

There are a lot of games out there that share information to the players. In fact, games like Call of Duty are based in history. But it’s not only history that players learn when playing games. They also learn important things such as physics and geometry. You’d think that Angry Birds is just a casual online game. But you’ll be surprised to know that it’s very good at teaching kids about angles, trajectory, energy and velocity.
We conclude by saying that online games are NOT a waste of time. Anyone who says otherwise hates online games (or knows of someone who’s addicted to them). Just as long as they’re being played responsibly, online games can actually offer a lot of great insights and benefits to players.

Keyna R. is a gamer and a blogger who advocates responsible online gaming. She loves to write about anything and EVERYTHING under the sun!