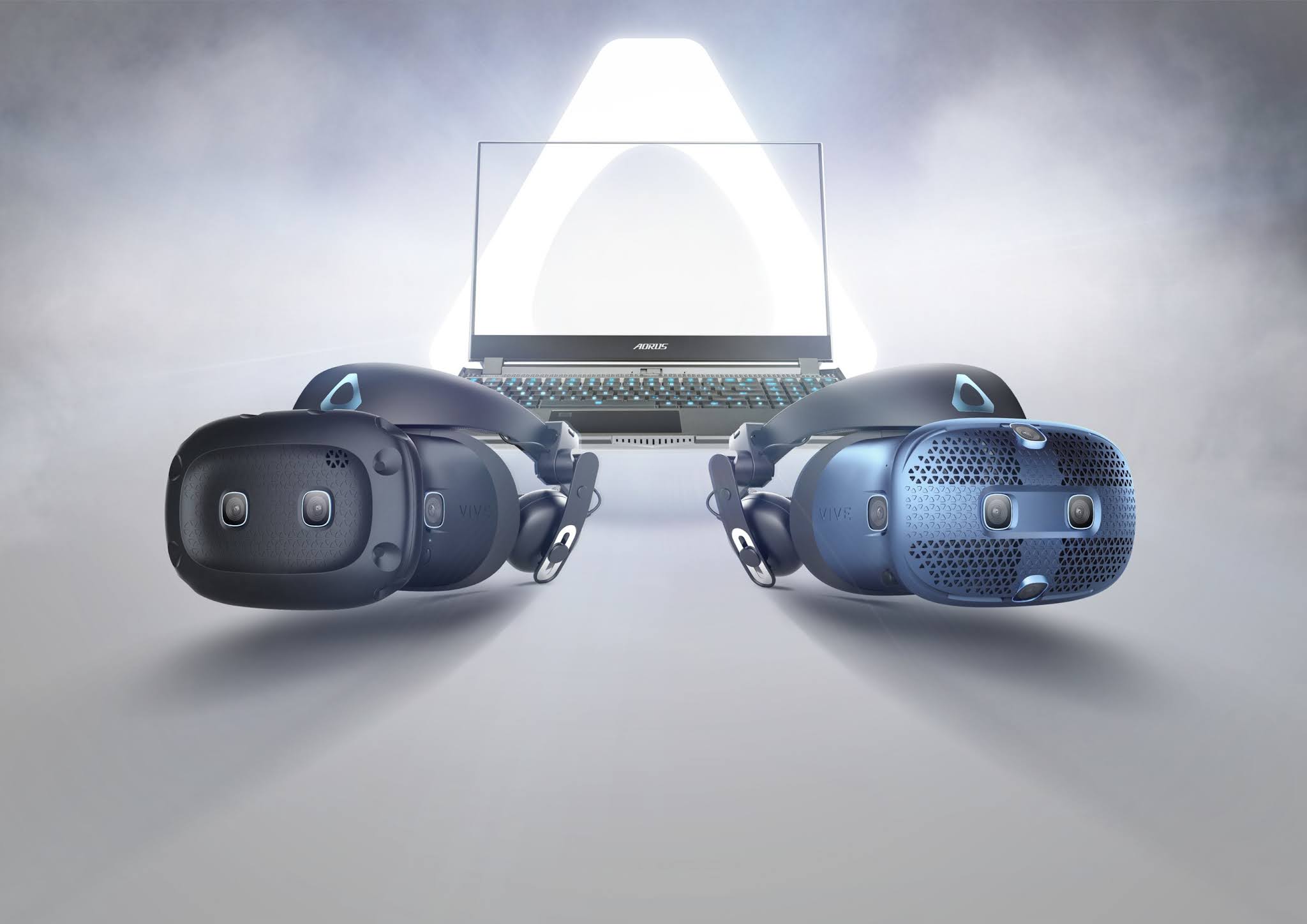 "We've heard that one of the biggest barriers to adoption of PC-VR is the setup, so we're taking the hassle out of it by giving you everything you need to get started in one package," said Daniel O'Brien, General Manager, HTC Americas. "The Cosmos Series x AORUS 15G bundle delivers the best possible VR experience by pairing stunning visuals with a powerful laptop, and the option for either the convenient inside-out tracking of a VIVE Cosmos or the precise external tracking of a VIVE Cosmos Elite."

The Cosmos Series x AORUS 15G bundle makes getting into or upgrading to a PC-VR setup effortless, with pre-installed, optimized Vive software and drivers along with an automatic "VR mode" to enhance performance. When the headset is plugged into the laptop, VR Mode will turn on automatically to optimize CPU, GPU, and fan usage. Also, if a customer wants to unplug the laptop from AC power and still use VR, AI-Assisted VR mode—powered by Microsoft Azure AI—optimizes the system to provide high performance. A VIVEPORT Infinity subscription is included right in the box, so it takes less time to get started in VR than ever before.

Beginning today in North America, customers can choose from the Vive Cosmos x AORUS 15G bundle starting at $2,249 USD, or the Vive Cosmos Elite x AORUS 15G bundle starting at $2,449 USD. The bundle includes the premium consumer headset of choice, and the powerful AORUS 15G laptop, driven by Intel's tenth-generation Core i7 H series octa-core processors, and an NVIDIA GeForce RTX 20 (Max Q) for outstanding VR performance. With a 15.6-inch screen and weighing in at around 4.85 pounds, this powerful yet portable laptop has everything needed to run the latest VR content on Vive Cosmos or Vive Cosmos Elite.