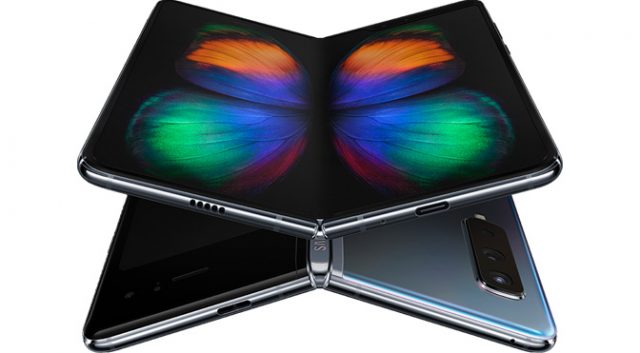 Mobile phones started pretty huge, shrunk to mini size and ramped straight back up to large again. The demand for a phone that can do everything in turn demands a screen that can display everything, and recently Samsung provided the answer. The latest news, however, tells a slightly different story than that of a successful innovation.

Samsung announced the Galaxy Fold in February this year, and it is an invention futuristic enough to be hard to believe. It is the size of a medium to large smartphone but unfolds to become twice the size, with a tablet-sized display big enough to arguably do anything you need. Lewis from Unbox Therapy mentions that the size of the screen is “iPad mini territory, scale-wise” and that it is like a “small tablet experience” within a phone.

The folded version of the device is not completely redundant. There is a screen at the front and a camera at the back of the phone in its folded state, just like a regular smartphone, so in theory, the phone can also be used like this. The folded mode is best for quickly checking your notifications or making a phone call. The two screens are connected with the intention to quickly flip between them if you need to enlarge the screen or pack the phone away.

However, this functionality could create difficulty for apps if they cannot adapt and provide a working upgrade. Apps like YouTube already have adapted to this new screen size but the big change could leave customers without their favourite apps such as Casumo, a popular online casino where customers can play games like roulette, online slots and blackjack using an app or the mobile website - or even mobile banking, where customers can manage their bank account. Having said this, updates will come and new fold users will have to be patient, as that is the price paid for having a product so brand new. "

When an app is open on this front screen and you decide you want to view it on the big screen, the unfolding action instantly transfers the open page to the new screen so you can seamlessly continue. At least this is the basic intention of how the phone will be used, if it comes to market soon, which at this rate doesn’t look encouraging… Although Lewis got his hands on a Samsung folding phone (no surprise that he was top of the list given he is one of the biggest tech unboxing channels on YouTube), the official launch events in Shanghai and Hong Kong have been postponed. This comes shortly after the news that certain early models have broken during tech reviews. This has been claimed to be the result of reviewers removing what appeared to be a screen protector but was actually a necessary component to the screen's functionality.

Samsung has acknowledged the faults and feedback of the Fold and responded with a statement, saying there is more work to be done to strengthen the display protection and the exposed areas at the top and bottom of the folding hinge. Maybe Samsung is on to something with this new phone, but the problems faced so far already hint towards this being a premature release. It seems the world is not quite done with flat, unfoldable devices just yet. Perhaps that will change soon, though.