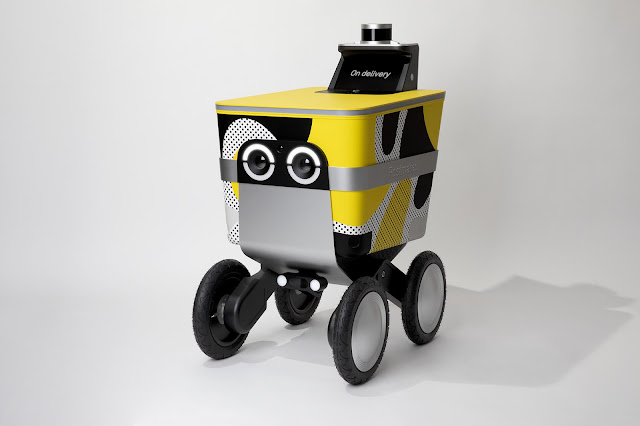 "We realized we are in a unique position to create an autonomous delivery vehicle with socially aware navigation that understands how to navigate cities while meeting specific customer needs," said Bastian Lehmann, co-founder & CEO, Postmates. "We took a design-first approach with Serve that walks alongside people and fits into our communities. We were able to use data to model how food and goods could move around cities even more efficiently when rovers join our existing fleet of more than 350,000 Postmates. Ultimately, we believe that goods should move through cities at nearly zero cost to consumers."


With an intentional focus on design in addition to leading technology, Serve is a delightful addition to the sidewalk, creating excitement for how people can receive their next order from Postmates.

"One thing we learned early on is that we need to develop a language for rovers and humans to understand each other's intentions," continued Lehmann. "We have developed a specific rover-human interface so that people understand what rovers are doing at any moment."


Some of the unique and industry-leading features of Serve include:
Serve's socially aware navigation brings together design and technology in an entirely new way for sidewalk rovers
Serve has the most advanced set of sensors including Velodyne Lidar and uses a NVIDIA XAVIER processor
Serve can carry 50 lbs and go 30 miles on a single charge
Customers interact with Serve using a touchscreen and cameras
To communicate, Serve has dynamic lighting in the eyes and a light ring on top to signal movement like a change in direction

Serve initially plans to be deployed in the Los Angeles area and Postmates will work with local governments to thoughtfully develop a framework that can enable on-demand commerce while respecting the public-right-of-way. The full roll-out of Serve will take place over the next 12-months in key cities across the United States.