iPhone Users Spend $101 Every Month on Tech Purchases, Nearly Double of Android Users, According to a Survey Conducted by Slickdeals 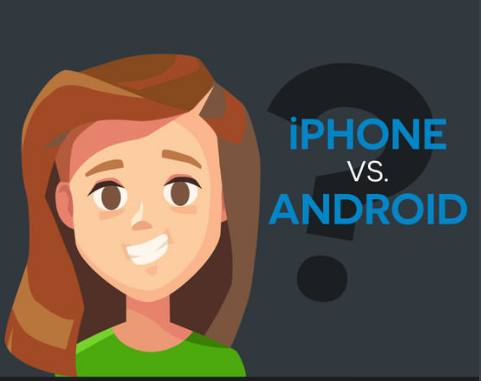 In today's advanced digital age, mobile technology has developed from merely a means of communication to being fully integrated into every aspect of our lives. With both iPhone and Android users looking at their phones for at least 25% of the day, it is sensible to infer that one's choice of phone and mobile usage can be quite reflective of who they are.

A survey, conducted by Slickdeals, revealed distinct differences in spending habits amongst respondents, heavily influenced by the relationship between income and product prices. Typically, those with higher incomes can comfortably afford, and are likely to purchase, iPhones due to the fact that Apple products normally cost more than Androids.

iPhone users make an average salary of $53,251 and are more likely to splurge on commodity items than those with Androids. On the contrary, Android users make an average salary of $37,040, making it a plausible reason as to why they may be drawn to the cheaper prices of Android products. iPhone users also reported that they usually spend an average of $117 every month on clothes, whereas Android users would spend about only $62 per month. Additionally, iPhone users will shell out $101 on technology and $83 on makeup products. For Android users, their average monthly expenses come out to about $51 for tech-related items and $40 for beauty. They are also self-admittedly more frugal and inclined to frequently seek out deals and discounts.

Said Slickdeals CEO Josh Meyers, "This survey indicates that Android users are generally more frugal than their iPhone counterparts, and on the hunt for savings when shopping. Meanwhile, iPhone users tend to spend more, particularly on items related to self-image such as clothing and cosmetics."

Aside from being highly money-conscious, the survey suggested that Android users are not as attached to their phones as iPhone users can be. Those with iPhones have almost double the amount of selfies (12), screen time (about 5 hours), and texts sent per day (58) in comparison to Android owners (7, about 4 hours, and 26 respectively). To put those numbers into perspective, iPhone users are spending up to five whole hours a day, or 76 full days a year, looking at their phones in some capacity.

Meyers added, "Overall, we've seen a rapid shift from desktop to mobile shopping for consumers. With people spending at least five hours a day on their phone, continued migration towards mobile seems almost inevitable. Here at Slickdeals, the leading crowdsourced shopping platform, our mobile app is at the forefront of this transition, empowering consumers to make better shopping decisions at home or on-the-go."