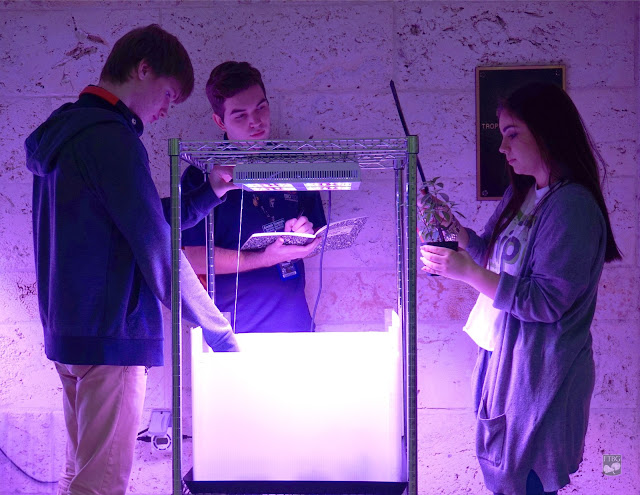 Today was an historic day for Fairchild Tropical Botanic Garden as two of the four new varieties of plants headed to the International Space Station on SpaceX CRS-15 for testing in NASA's Veggie growth chamber were grown by Fairchild. NASA researchers had help on this mission from middle and high school students at Fairchild who identified two of the plants, 'Dragoon' lettuce and 'Extra Dwarf' pak choi, in experiments for the Growing Beyond Earth portion of The Fairchild Challenge. Today's launch represents four years of intensive research by Fairchild and more than 50,000 students. 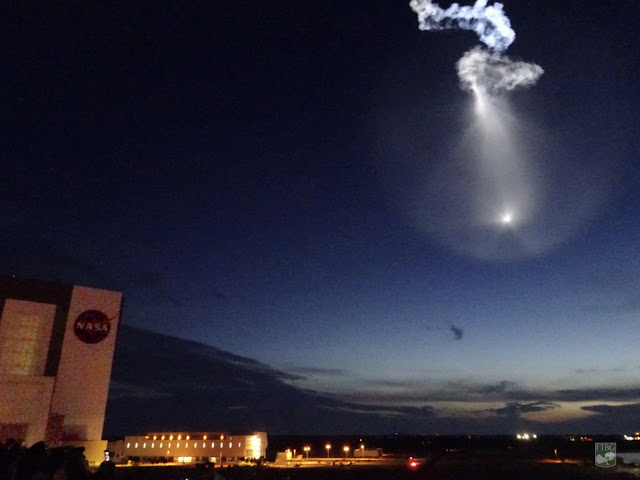 
NASA's partnership with Fairchild Garden has engaged thousands of students with the space program and taught them science, technology, engineering and mathematics, or STEM, skills through the citizen-science competition. The students constructed and used a plant growth system that approximates conditions found in the Veggie growth chambers on the space station, such as having LED lighting and watering systems similar to the plant pillows. They followed research protocols to measure and record valuable data, which astronauts will put to the ultimate test in space.

"We're using Veggie to answer questions of science about the types of plants we can grow in space for astronauts to eat," said Trent Smith, Veggie project manager at NASA's Kennedy Space Center in Florida. "We want astronauts to be able to grow fresh food to supplement their diets."


Since launching to the Space Station more than four years ago, Veggie has had a dual purpose of being both a scientific platform and a garden in space. Some of the experiments become scientific samples, while some of the harvests have fed astronauts fresh food grown in space.

This mission–VEG-03G, H, I–also is a bit unique compared to past Veggie missions because the four new crops specifically provide astronauts with vitamins B1, C, K and potassium, which was the research conducted by Fairchild Garden's Growing Beyond Earth program. The Human Research Program identified these nutrients because they are low in the packaged diet and degrade in prepacked foods stored for long periods. The Veggie experiments will continue to generate data on palatable food sources astronauts can replenish in space.

Fairchild Garden will expand on Growing Beyond Earth through a grant award it received earlier in June, from NASA's Teams Engaging Affiliated Museums and Informal Institutions. The Growing Beyond Earth Innovation Studio will develop a makerspace in the botanic garden. It will be the first public facility dedicated to NASA's food production challenges and the first project to leverage community input in the development of plant-growing hardware. By opening a research facility to the community, participants will have the opportunity to gain awareness of the importance of growing plants in space, while learning about botany and making contributions to data NASA uses.

About Growing Beyond Earth

Growing Beyond Earth is Fairchild's classroom science project, designed in partnership with NASA Kennedy Space Center, to advance research on growing plants aboard spacecraft. As NASA looks toward a long term human presence beyond Earth orbit, there are specific STEM challenges related to food production. Fairchild's project is addressing those challenges by expanding the diversity and quality of edible plants that can be grown in space. Growing Beyond Earth is now underway in 120 Miami-Dade middle and high schools with a special focus on under resourced, Title 1 schools. Beginning in 2018, 30 pilot sites have been established outside Miami-Dade, in other Florida locations and in Ohio, Pennsylvania, Colorado, and Puerto Rico. Growing Beyond Earth is based upon work supported by NASA under Award Number NNX16AM32G. Any opinions, findings, and conclusions or recommendations expressed in this material are those of the authors and do not necessarily reflect the views of the National Aeronautics and Space Administration. Follow us on Twitter @GrowBeyondEarth.

Established in 1938 and comprising 83 acres in Miami, Florida, Fairchild Tropical Botanic Garden is a 501(c)(3) non-profit organization dedicated to exploring, explaining and conserving the world of tropical plants. The world-renowned plant collections feature unusual plants from throughout the tropical world. Fairchild has the largest botanical education program of any metropolitan area, reaching more than 200,000 schoolchildren each year. Special events include Chocolate, Mango, and Orchid Festivals in addition to an annual art exhibition, concerts, plant sales and more. For more information, visit www.fairchildgarden.org and follow us on Facebook, Twitter, and Pinterest.