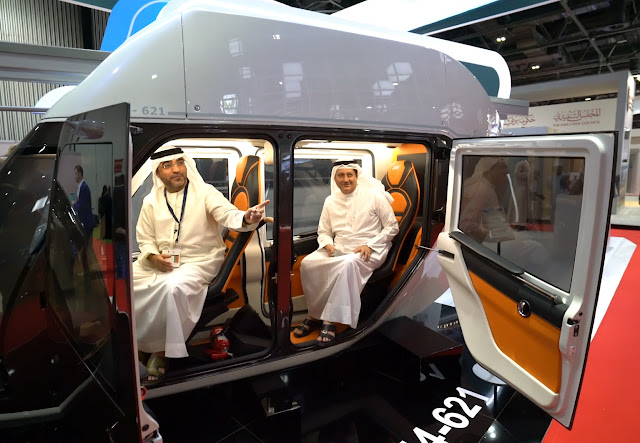 SkyWay transport technology has been demonstrated in the Middle Eastfor the first time ever. A large-scale presentation took place at the exhibition Future Cities Show in Dubai. Visitors from 150 countries were able to examine the national innovation in details. The exposition displayed unibike U4-621certified in Russia obtaining recognition together with unibus U4-210. To represent the developer in the new market, the Company's management headed by General designer Anatoly Yunitskiy arrived. The possibility of signing a number of agreements for the introduction of Skyway transport in the region is under consideration on a bilateral basis with representatives of local business and authorities. 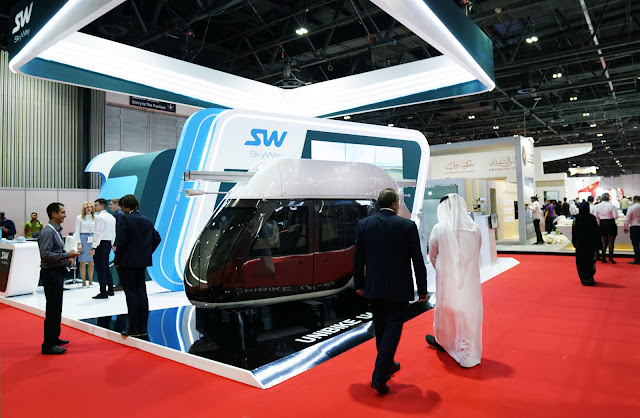 Mr. Yunitskiy commented on this event: "We are strengthening our positions worldwide, alongside with India, Indonesia and Australia. The Arab world is one of our priorities and success in Dubai is the key to the development in the entire region. Now the preparation for EXPO 2020 is underway here and according to industry leaders, innovative transport has never been in such demand before. Successful certification in Russia made Skyway transport even closer to customers."

Future Cities Show was held in Dubai from 9 to 11 April 2018. The venue of the Future Cities Show is not accidental: Dubai is a world leader in the field of implementing large-scale infrastructure projects. The ideology of the exhibition is based on the sustainable development agenda ― a strategic plan approved by the UN and aimed at eradicating poverty, preserving the planet's resources and ensuring well-being for all. According to the organizers, there are three pillars of the event: Sustainability, Innovations and Happiness.

It is noteworthy that the certification and demonstration center of Skyway transport is located in Belarus; its dynamics of trade with the UAE has almost doubled since 2011. Against the background of increased trade volumes between the countries, mutual visits at the highest level became more frequent and a guideline of half a billion dollars was announced. The place of the developer-company in the structure of these relationships depends on the success at the exhibition.

SkyWay (earlier ― "Unitsky String Transport") is an elevated transport system, in which the movement is arranged by means of suspended rails stretched between supports. The speed of the rolling stock can reach 500 km/h and its motion is regulated automatically.