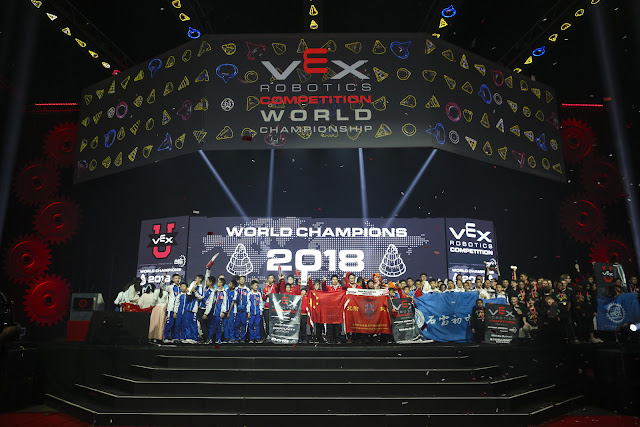 "The VEX Robotics World Championship is a thrilling experience for everyone involved, from students competing to teachers, mentors, volunteers and spectators. Year-over-year we continue to see students from around the world raise the bar not only in their STEM capabilities, but also their teamwork and energy during the competition," said Dan Mantz, CEO and chairman of the board of the REC Foundation. "It's experiences like this that prepare students with the skills necessary to meet the needs of tomorrow's workforce." 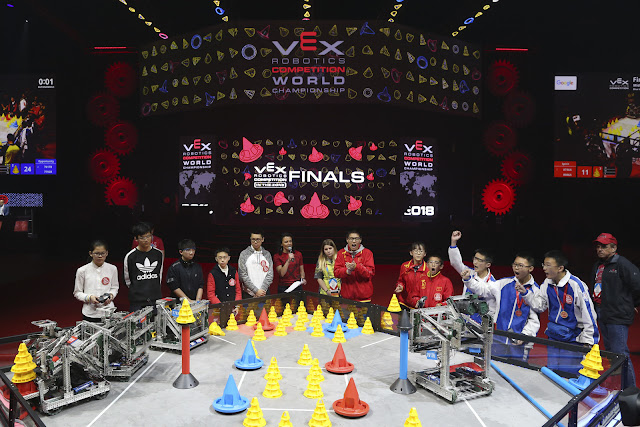 Over 30,000 people including 1,600 teams from 30 nations have converged on Louisville, KY for the 11th annual VEX Robotics World Championship. The week-long celebration of STEM, diversity and robotics continues with the VEX IQ Challenge from Sunday, April 29 – Tuesday, May 1.

"While the VEX Robotics World Championship may culminate in the crowning of champions, our time here in Louisvilleis about so much more than that," said Paul Copioli, president of VEX Robotics. "This week we're honoring the incredible work of the students competing, the teachers and coaches that dedicate their time towards their team's year-long development and most importantly the collaboration, diversity and love for STEM that molds the robotics community."

The four-day competition culminated with the unveil of the new game, 2018-19 VEX Robotics Competition Turning Point. Students will have a year to design a robot to play the game, which is now available at http://www.vexrobotics.com/vexedr/competition.