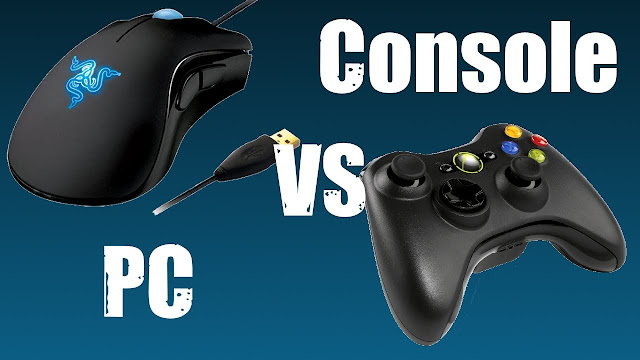 Throughout the history of gaming, there has always been a fierce rivalry between PC and console gamers. The self-proclaimed “PC master race” regularly trash console players for their low FPS, poor games and lack of mods. While the console gamers often fire back with jibes about the cost of PC gaming and using a mouse to play games. Both sides think they’re on the winning team and refuse to back down. This rivalry has been around countless years and seems to be reignited every time a new console is released. To add even more fuel to the fire, the rise of online gaming has also increased tensions.

Ever since the rise and growth of the internet, online gaming has become extremely popular around the world. With millions of worldwide players battling it out online to become the best, the online games industry has become a huge market worth over $100bn in 2016. With both PC and console gamers having various tournaments throughout the year, the debate is now over which platform is more popular.

With hundreds of popular gaming titles ranging from Fifa to Halo and Call of Duty, competitive console gaming has plenty of action. When it comes to console gaming and eSports, one of the biggest tournaments out there is the Call of Duty World League Championships.

In 2017 the prize pool for the event was just over $1.5m dollars and the winning team alone took home $600k of that. If you’ve got some serious skills with a controller, then you can make some serious money playing tournaments. The tournament began back in 2011 and since 2013 has been held yearly with the tournament being live-streamed on Twitch.tv.

In 2016 the viewing figures for the tournament topped over 20 million, making it by far the biggest console eSports event. Statistics also showed that throughout the tournament there were over 100 million tunes and viewers consumed over 1.1 billion minutes of content.

Currently, the highest earning professional console player out there is a 24-year-old Canadian called Damon “Karma” Barlow. As of 2017 his tournament winnings are in excess of $600,000. Not bad for playing video games all day! Damon has primarily made most of his winnings from the highly popular Call of Duty game and has played almost every release. Along with his teammates, Damon has competed in several championship C.O.D tournaments dating all the way back to 2013.

Now we’ve had a look at what eSports events console gaming has to offer, let’s take a look at PC gaming.

Unlike console gaming, PC gaming has many different genres of eSports tournaments players can compete in. From first person shooters to real-time strategy and multiplayer online battle arenas, having a mouse and keyboard opens a whole new world of competitive gaming.

In 2017 the total prize pool for the International was $24,787,916 beating the previous year's prize pool by nearly $4 million. Unlike other tournaments, the way the prize pool is funded is from gamers buying in-game items and goods. Having increased year on year for the past 4 years, it's showing no signs of slowing down. In 2017 the winning team took home just over $10 million of the prize pool which was split between 5 players. According to our maths that's around $2 million EACH. Take that console gamers! However, with only 5 million concurrent viewers the most popular PC tournament title goes to the LoL World Championships.

Having been held annually since 2011, the League of Legends World Championships is by far the largest eSports event in the world. Having started with only a peak viewership of 210,000 in 2011 the tournament has grown to become the most watched eSports event ever. In 2016 the tournament pulled in nearly 15 million peak viewers with the number set to be even higher for 2017. Compared to the Call of Duty World Championship which had 1.1 billion minutes of content watched, this year's LoL Championships had over 4 billion.

This large viewership also means the rewards for PC gaming are much higher. Currently, the highest paid PC gamer is Kuro “KuroKy” Takhasomi, a DOTA 2 player which has won over $3 million in prize money. In our eyes, competitive gaming is much popular on the PC, not only do they have higher prize pools but the eSports tournaments also attract a lot more viewers. If you want to earn the big bucks, then it’s clear PC gaming is where the money’s at.

If you want to see what all the PC gaming fuss is about, then we suggest you buy a League of Legends account. Not only will it allow you to jump straight into the competitive ranked action, but you’ll also skip the boring tutorials that can take weeks to complete.