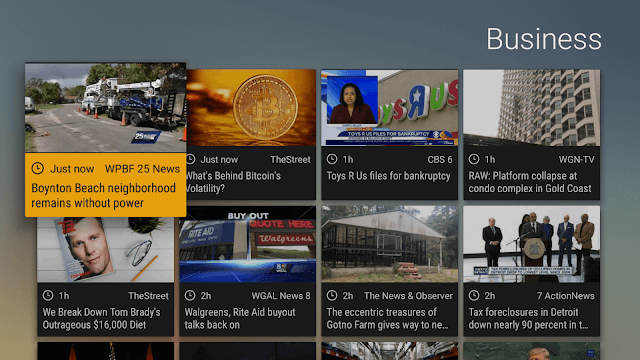 Today we’re rolling out an awesome addition to your balanced media diet: Plex News. It’s the perfect complement to your media library — video news from some of the most trusted sources on the planet, presented beautifully and seamlessly alongside your own media. And because Plex is all about your media your way, you can personalize your news feed, and our advanced AI learns what you like and gets smarter the more you watch (since it’s just a robot, it’ll never mock your obsession with the Kardashians or insatiable appetite for stories about kittens being rescued from floods).


There’s so much amazing media available today that you’d be forgiven for taking in an entire season of Game of Thrones or the whole Marvel cinematic universe (once you figure out the order) without coming up for air. But it turns out some pretty crazy stuff is happening every day in the real universe, too, and we think it’s more important than ever to provide balanced news coverage from a variety of trusted and reliable sources. If Plex were a nutritious media breakfast, it’s kind of like eating your Wheaties. But with less carbs. Those things will kill you.

Starting with our recent acquisition of Watchup, we’ve worked hard to partner with the most reputable and trustworthy news sources around the world to bring you coverage from a wide variety of viewpoints. We have over 190 global publisher partners (and growing!), including international sources, like CNN, CBS, Financial Times, and Euronews, and local news sources for over 80% of markets in the US. We also have regional content for many other countries and we’re continually adding new sources. So whether you’re a #woke hipster or an old man yelling at a cloud, we’ve got something for you.