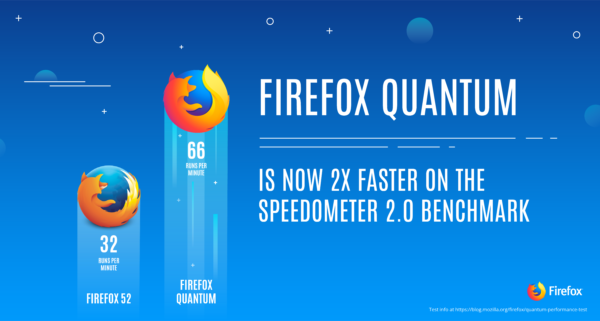 Engines are important, both in cars and in browsers. That’s why we’re so revved up this morning – we’re releasing the Beta of a whole new Firefox, one that’s powered by a completely reinvented, modernized engine. Since the version number – 57 – can’t really convey the magnitude of the changes we’ve made, and how much faster this new Firefox is, we’re calling this upcoming release Firefox Quantum.