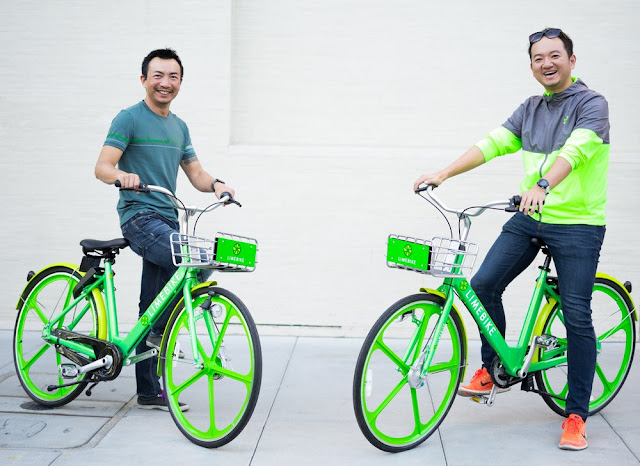 
With backing from top VC, Andreessen Horowitz, the California-based startup seeks to bring clean, affordable transportation to the masses


Bay Area-based LimeBike announced today that it has raised Series A $12M in funding, to revolutionize urban and campus mobility. The round was led by Andreessen Horowitz, with participation from IDG, DCM, Seven Seas, and others. Andreessen Horowitz’s General Partner Jeff Jordan is joining LimeBike’s Board of Directors.


LimeBike will offer riders fast, easy and affordable bike access. All bikes will be GPS-enabled, making it simple for riders to find and pick-up a nearby bike. LimeBike will uniquely have a dockless network to offer maximum flexibility to its riders, saving them both the time and hassle of having to return bikes to a docking station. LimeBike will work together with cities and campuses across the country to create programs that cater to their riders’ needs, with no costs nor maintenance fees to cities or campuses.


By bringing down the cost of affordable bike access, LimeBike envisions a day in which biking, in conjunction with existing public transportation, will be a true and compelling alternative to every day car transportation. Currently, only two percent of trips in the Bay Area happen on bicycles compared to 27 percent in the Netherlands. LimeBike aims to bring America’s cities to a greener and healthier future.


“Bike networks will hit a tipping point when we make bicycles widely available and universally affordable,” says Toby Sun, CEO and Co-Founder of LimeBike. “When we begin to have bikes within a couple of blocks and only pay a small amount to access them, we can turn the bicycle into a mass transportation network and redesign our cities for people instead of cars.”