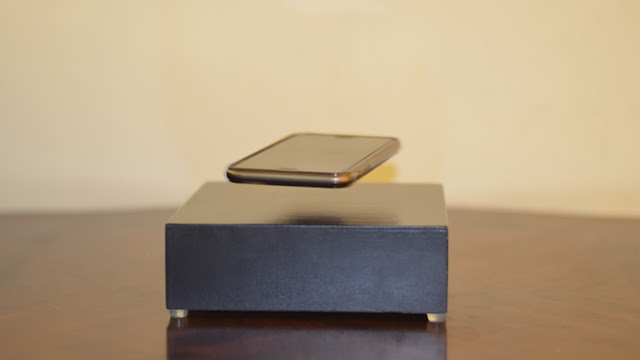 Wireless power transfer is around for years, wireless energy transmitted to electrical load from a base or transmitter. Energy is sent through waves and on other end an inductive coupling to electrical device, which can then use that energy to charge batteries or run the device. There are some drawbacks are in this technology like power loss and distance limitations but still that's enough for the magic.

Magnetic levitation or magnetic suspension is a method by which an object is suspended in the air with no support other than invisible magnetic fields. Magnetic force is used to counteract the effects of the gravitational acceleration and any other accelerations.

The two primary issues involved in magnetic levitation are lifting forces: providing an upward force sufficient to counteract gravity, and stability: ensuring that the system does not spontaneously slide or flip into a configuration where the lift is neutralized


By Combining the Induction Charging and Magnetic Levitation we got OvRcharge.

A Wireless Levitational Charger, that is not only suspend the device in the mid air and holds its altitude, but also charge and rotate it as well.