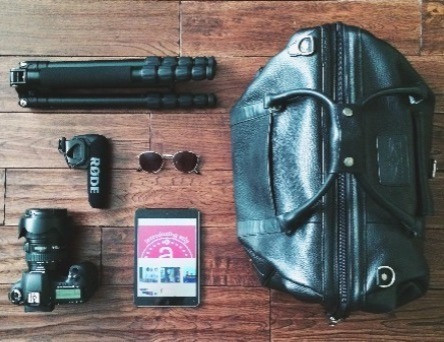 Before trying anything new, you always want to make sure that you have the key points down. Understanding the basic concepts and strategies behind videography will make your first forays into the world of film much smoother than if you were to go in blind. Videography, which is, in its own way, an art form, is not difficult to get into, but it is definitely a learning process. You become more adept at filming the longer that you work at it. But, if you’re just getting started, here are some videography basics to take into account before your first shoot.


It’s all about the angles

You’ve probably heard the terms “wide angle,” “medium-angle,” and “close-up” used before, but in case you weren’t 100% sure what they meant, here is a brief recap, as you will need to know what they are when deciding how you’re going to shoot the scene in front of you. Wide-angle shots are images with a bigger image circle than would be produced with medium-angle lenses (both large and medium, it follows, are bigger than small-angle lenses). A close-up shot is where just a few features of the subject of the photo are shown—so if a person is being photographed, his or her face might be shot close-up for a certain visual effect. Appropriate use of angles should also be paired with a steady hand; at first, you might have trouble holding the camera still (it’s not as easy as it may seem), and that can take practice, but don’t get discouraged.

The “rule of thirds” describes a videography technique that will maximize the way your videos look aesthetically. The “rule” states that an image is best-received when its subjects are composed along invisible lines that divide the picture into thirds vertically and horizontally. It’s all about balance, basically.

Although under-lighting the image might be an obvious no-no, the reverse is also not a good idea. Overcompensating by placing someone in direct sunlight or in overly-bright lighting might cause the photo to become awkward or washed-out. You want to make sure that the lighting fits the person you’re shooting, making sure that it is both not too light and not too dark.


Eye on the background

Keep one eye on the background of the video at all times. If you’re too focused on the subject and you don’t notice that something has crept into the background that might negatively infringe upon the shot, you could end up with a dud for a video. Make sure that you teach yourself to habitually watch the background for any interference; once you’ve practiced that enough, your mind will immediately know to pay attention to the background without you having to consciously tell yourself to.

It would amaze you how many shoots get scrapped because a charger is forgotten or a battery dies and there is no way to rectify that because the video is gone. Amazing things don’t happen every day, so make sure that your equipment is 100% ready-to-go at all times so that your videography isn’t cut short by a (heartbreaking) power failure.

Another area that requires constant vigilance is the sound of your video. You might not have someone else manning the sound (“booming” the video) but you can attach the recording device to the top of your camera, where it will likely get the shot you need. Just make sure you remember to check it and observe its location before you film different people. Sound is a critical part of a video and you don’t want to end up with a beautiful film of what happened, but no sound to match.

Videography is a work in progress. If you’re seriously into it, you’ll want to invest in quality cameras, however, as a beginner, you can record with your cellular device or a small handheld, action camera, like the Polaroid Cube.  To get good at it, you have to practice and get used to the camera in your hands. Hopefully, the above list has helped you become a little more familiar with the videography practice before you get started. Good luck!


Author bio:
Lautrao Martinez, a freelance writer and photographer, is always capturing his favorite moments. If you would like to learn more about Lautaro, you can check out his google+ profile.