Magnic Light is the first contactless dynamo-powered bike light system with no additional components in the wheels. You'll get neverending bright light from a tiny 60g unit without batteries, without wheel contact, without cables and without any noticeable resistance. Sounds like a miracle but is based on simple physical principles and has nothing to do with perpetual motion machine pseudo-science. When we published Magnic Light here on Kickstarter in February 2012 many couldn't believe this technology can be true.

How does it work?

The key is eddy current technology: Energy is drawn from the rotating bicycle wheels without any physical contacts, and thus without friction. Electricity is generated in the lights by making use of eddy currents created by strong magnets (International Patent Pending PCT/EP/2012/001431). When the wheel moves magnets inside the generator induce eddy currents with corresponding magnetic fields in the wheel which interact with the magnets in the generator. With this new technique lights can be completely encapsulated with no batteries polluting environment and no external cables but with enormous efficiency. You can't feel any resistance but you'll be impressed by the neverending powerful light. 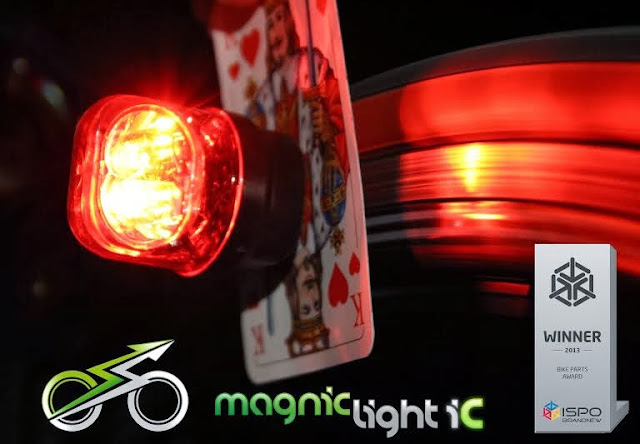 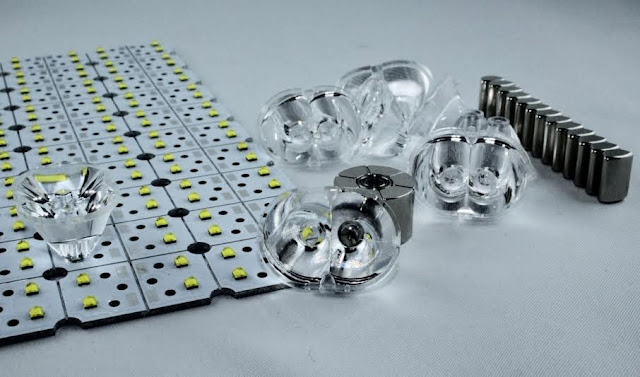 In 2013 Magnic Light was awarded with the ISPO Brandnew Award of ISPO Munich as winner of the category bike parts. 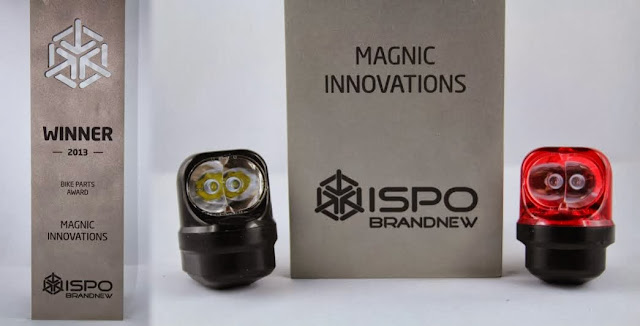 "With Magnic Light you never run out of power. It‘s system generates a bright light beam that leads you through the night - only through the rotation of the rims. No need of additional components, batteries and cable tangle."

You might wonder why we need a microprocessor for an additional steady light. This is necessary because we want to keep efficiency on the highest level.

At slow speed (in curves/ on tricky underground) or when you stop an internal capacitor delivers energy for extra light. The international version has a switch for flash/constant stop light. The German version has no flash mode according to traffic rules.


For a standard bicycle dynamo energy losses for steady light electronics (incl. rectifier) are not important compared to the bigger total energy consumption of the system. Magnic Light acts on a lower level so these losses are not acceptable in order to keep efficiency high. Although Magnic Light works with less energy than large dynamos the emitted light is approximately at the same level - mainly for two reasons:


1.Speed optimized generator without lossy electronics
The Magnic Light microprocessor adapts the generator electronics to your cycling speed: This means that, starting at a speed of 3km/h to a speed above 30 km/h the generator works with high efficiency while most standard dynamos have a very limited optimal speed range between 10 and 20 km/h.


2.Leds with 160 lumen per watt
The Magnic Light generator is tailored to the leds used which reach almost 50% of the theoretically possible values- in comparison to 10-25 % of good standard systems:

For Magnic Light iC we have redesigned our lenses in the past months to avoid blinding of oncoming traffic.

This was a complex task for the responsible engineer because we didn't want to enlarge lenses and body but keep the beam angle at 8 degrees.

Magnic light lenses with light distribution designed according to German STVZO (and many other countries) traffic rules. Instead of blinding oncoming traffic more light will be on the road.


Why again on Kickstarter?

Our first Kickstarter project was a big success, and thanks to the help of our backers, we were able to build a worldwide production network starting from the ground up. We delivered a product of higher quality than we had ever expected. Thanks to Kickstarter, Magnic Light has become a well known, worldwide product. The technology we have created has the potential to dramatically change the bicycle market and furthermore revolutionize other industrial applications. 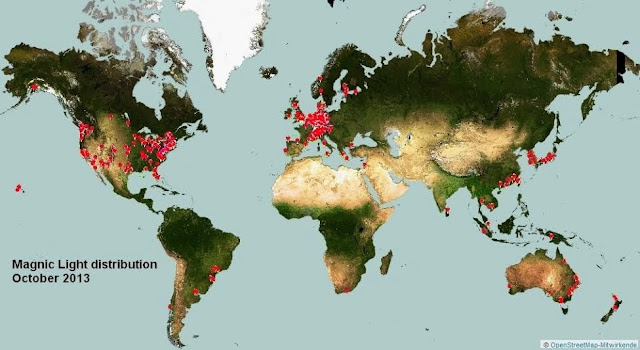 Worldwide distribution of more than 2000 Magnic lights: Many of them have done thousands of kilometers under hard conditions. For feedback watch our reports 2013 section (click on the image).

As a small start-up company we are facing a difficult situation. Production for the distributor market presents a much higher risk, it costs significantly more money, and follows entirely different rules from a Kickstarter campaign. We believe in the Kickstarter community and its ability to nurture quality over low-cost driven business tactics. If this Kickstarter project proves successful, we will be able to produce the best second generation Magnic Lights possible. In our first campaign, delivering such quality would have been impossible without the exceptional assistance of companies who believed in the potential of Magnic Light. Our teams in Asia, Europe, and the US work hard together on the development of Magnic Light. Many have become good friends along the way. 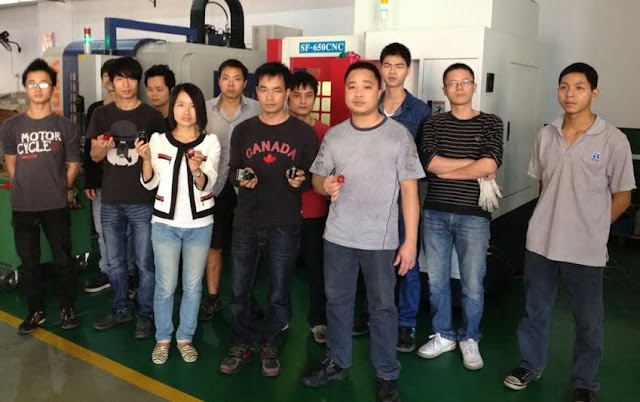 Our Magnic Light team at FengFan Technology (HK), which produces injection mold tools and pieces of highest quality and supports with specialist knowledge. Online discussions with our competent manager Atina Wang would fill a book with 235 pages so far.. 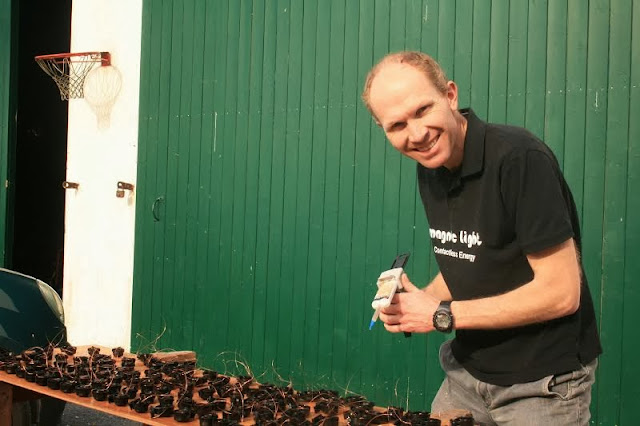 Here you see me filling the first version pieces with glue manually.


We are convinced that a good product needs fair conditions for employees and for its customers. For the Kickstarter backers, this means we can offer rewards at prices far below the market level, because we can ship directly.

Magnic Light has more than proven its reliability throughout the last 9 months. More than one million kilometers have been illuminated with Magnic Light by the growing community. Out of the thousands of Magnic Light sold, only 9 units were exchanged, mainly due to mounting / adapter problems, which we improved in the new version.

We have succesfully produced Magnic Light in 2013. Most of the tools for injection molding can still be used for Magnic Light iC. This means there only remain a few uncertainties in the scheduling. In a worst case scenario, delays in production or transport may be a question of a few weeks, but not months.