How Do Satellites Work?

Friday, October 4, 2013
How do satellites work?
The first satellites may only have been launched into orbit less than 60 years ago, but many facets of the modern world and day-to-day life have come to depend on their presence.
Although the term ‘satellite’ also refers to natural objects in Earth’s orbit - the Moon in particular - it has come to be generally associated with artificial satellites sent into orbit to perform a variety of tasks, which are facilitated by the high vantage point and being outside interfering elements of the Earth’s atmosphere. 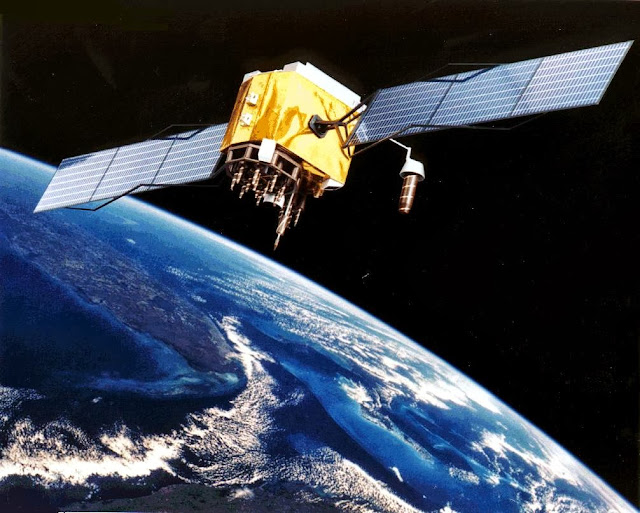 The Soviet Union was the first country to succeed in establishing an orbital satellite when Sputnik I was launched on 4 October 1957, shortly followed by Sputnik II that carried the first living creature, the dog Laika, beyond the Earth’s atmosphere.
The Sputnik launch is commonly viewed as the major catalyst in the Space Race that ensued between the USSR and USA, but it also inspired people around the world as possibilities that were previously consigned to science fiction started to become more tangible.
The United States launched its first satellite, Explorer I, in January 1958, which discovered the presence of magnetic radiation belts around the Earth and was succeeded by other satellites in the Explorer program designed for scientific research. This led to the establishment of the National Aeronautics and Space Administration (NASA) later that year.

Communication satellites are primarily responsible for sending and receiving radio signals to and from points on the Earth’s surface, and this is accomplished in a number of ways. The simplest satellites reflect or ‘bounce’ these signals at greater strength than they were received, and can convert the information into different frequencies and data, where it will be received by antennas on the ground. These may be large earth stations that broadcast signals over a wide area, such as radio and television towers, or compact antennas inside mobile phones and other devices.
Satellites do not broadcast signals indiscriminately, and are designed to send and receive information according to specified geographical locations. By working on dedicated frequencies, satellite users can also ensure that signals will not be mistakenly picked up by other receivers.

A number of orbiting satellites were designed for carrying out scientific and meteorological research. Weather satellites monitor changing cloud patterns, fluctuations in pressure and temperature levels and other factors to predict likely weather events, and have proven invaluable in providing early warnings for natural disasters such as typhoons and hurricanes.
Other research satellites are concerned with different aspects of the Earth, such as changes in the atmosphere or terrain, while others direct their attentions away from the planet entirely to study outer space. One of the most notable of these is the Hubble Space Telescope, which has taken some of the most spectacular images of the universe that would not have been possible from the Earth’s surface.

More breakthroughs came in the area of navigation, as satellite technology became ever more sophisticated and capable of pinpointing accurate locations on the Earth’s surface. This technology revolutionised search and rescue operations and eventually trickled down to passenger vehicles, many of which can now benefit from comprehensive maps, directions and real-time traffic updates.

The first satellite dedicated to communications and entertainment was Telstar 1, which was launched in 1962. It made the live broadcasting of global news events, sports and other TV shows possible for the first time.
This basic satellite laid the groundwork for others that followed in Telstar’s wake, which made long-distance telephone calls and household satellite TV broadcasting a reality - these satellite services are of course now common place. HBO was the first television network to offer satellite TV services to subscribers in 1975, and satellites became the primary means for broadcasting by the 1990s.