Thursday, October 3, 2013
The Dodge Charger is an all-American vehicle manufactured by the Dodge division of the Chrysler Company.  The original Dodge Charger was officially on the roads in 1965 and since then has undergone many revamps and remodels.  Each couple years, the Charger has been modified or redesigned, and this year the world got to see an amazing concept version of the Charger at the Detroit auto show. 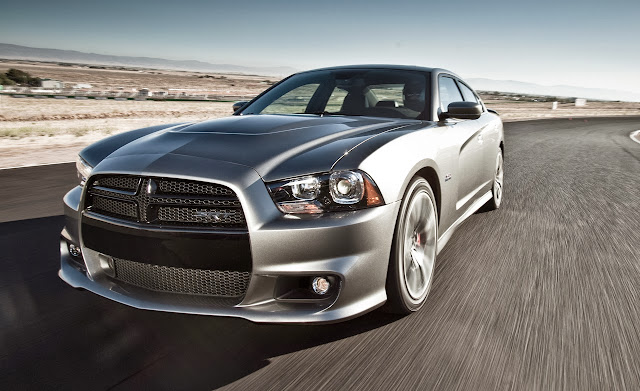 The Dodge Charger has always been considered somewhat of a muscle car because of its powerful engine and very “mean” look.  It was produced originally as a concept car in 1964 and was actually put into production in 1965 after which it came in 3 main body types.  The first was a mid-sized body with two doors which was produced until 1978, after which the company began to manufacture subcompact bodied Chargers from 1983-1987.  The last iteration of the Dodge Charger’s body came in 2006 when the Dodge Charger became a full sized four door sedan.  In between these three main model types, there have been several redesigns, concept cars, and revamps of the Charger.

Concept cars are exactly what the name suggests.  The vehicles which are considered to be concept cars are built primarily to showcase new car designs or technology or even both.   Concept cars are designed and showcased at auto shows which may never actually be manufactured for the public.  The main reason they are shown is to showcase the different car companies and pique interest, as well as to gauge the reactions of customers towards new and often radical designs.  The origin of this tradition dates back to the 1950’s Motorama shows where Harley Earl, one of the best designers for General Motors “invented the concept car.”

The Dodge Company is no stranger to concept and regular car shows, and the unveiling of the Dodge Charger concept car at the Detroit Auto Show was big news.  The Dodge Charger Redline is one of the hottest concept cars attracting the most attention.  It is a racing, and highly accessorized version of the Dodge Charger.  It came in 3 stages.
Stage 1 was completely cosmetic, and included the carbon fiber and aero add-ons as well as some interior designs.  Stage two was where it got interesting.  The Dodge Charger concept has a low- backpressure exhaust system, race quality brakes, and a strut tower brace.  The third stage was truly what was being showcased.  The car had a hand built aluminum block engine.  It was a V8 hemi engine with a forged crank, a high lift roller, and an amazing 11:1 compression rate.  This beast of an engine, with all its other noteworthy parts, boasts a massive 590 horses!
This car is obviously not something to drive to work in on the highway but it sure is an amazing testament to the Dodge Charger.  The only problem with this car is that you cannot drive it on a daily basis.  If you were looking for something for illegal street races or a weekend track day, then this would be a great choice, but alas, we cannot all live in the world of The Fast and Furious.

While concept cars can be absolutely amazing, the truth of the matter is that most of these vehicles will never make it onto the streets with some of the crazy additions displayed.  We would all be so lucky to have these futuristic cars among us and while you can buy them for ridiculous amounts of money, most of us need to stick to the normal vehicles.  If you are looking for a van, car, truck, or minivan, there are many great places to look.  Just because it is not a concept car does not mean it is any less great. Look for your vehicle at the best dealers of Dodges, Chryslers, Jeeps, and RAM trucks near you for quality, dependability, and amazing deals.