Which Car Manufacturer Is The Most Reliable?

Tuesday, September 24, 2013
In the report produced by WhatCar? and Warranty Direct, Honda has been recognised as the most reliable car manufacturer – for the eighth consecutive year. For another year, Far Eastern car manufacturers take the majority of positions in the top ten rankings. Of the top ten rated car manufacturing companies, only two were based elsewhere: Ford Motors scored an equal ninth place alongside Mazda, whilst Chevrolet was able to come in seventh place. Approximately 50,000 Warranty Direct policy holders were asked about their mechanical problems and car troubles in the last twelve months, allowing the list to be produced once more. 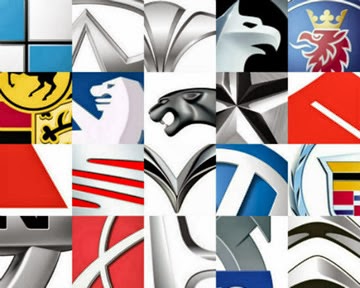 Honda’s first place was followed by Suzuki in second place, with Hyundai and Subaru sharing joint third position. Two years ago, in the previous reliability report, Toyota had scored second place behind Honda, but has dropped to fifth position in 2013. The research also went further, looking at the costs of repairing a car when something does go wrong. According to the study, the most common faults were electrical issues, followed by axle problems or suspension difficulties. These particular issues seemed to affect all cars, from the top performers to those at the bottom of the rankings. The third placed Hyundai cars scored well in terms of the cost to repair, with the average bill being as little as £253. The average cost to repair a Suzuki vehicle was found to be a little more, at £258, whilst Honda repairs averaged £357.

Honda has long been known for its innovative and ingenious manufacturing approach, which appears to be paying off as they approach a decade of leading the field when it comes to reliability. For the past sixty years or more, Honda team engineers have been pursuing perfection in their designs, incorporating safety features and innovations ahead of their peers both in the Far East and on a global platform. Producing affordable vehicles which retain aesthetic appeal has helped go a long way to establishing them as a market leader, whilst performance such as this in terms of reliability make them a trustworthy bet for car buyers.

At the other end of the table, however, luxury car maker Bentley was found to be the least reliable of them all. The British manufacturer scored poorly on all aspects, with a shocking 86% of Bentley car owners reported to have had mechanical problems in the last year. Given that prices for purchasing Bentley vehicles are often six figure sums, this has been a surprise to most – and a statistic which spokespersons from Bentley have vigorously denied. Other luxury brands also scored relatively poorly in comparison to the more affordable models at the top of the table. Although Bentley came in last place at 38th, Jaguar were awarded 29th position, followed by Mercedes-Benz at 30th, Audi at 31st, Chrysler at 33rd, Alfa Romeo at 35th and Porsche at 36th. The report found that the least reliable single model was the Audi RS6, having more breakdowns in the year preceding the report than any other vehicle, whilst repairs to the Porsche 911 were the most expensive. The average repair bill for the striking Porsche 911 was found to be an enormous £1,157.

Author Bio:
Olivia Lazenby is a well known author of all things automotive. Olivia often visits www.regplates.com to get the latest information on car registartion plates.