What's The Difference Between Super Cars And Hyper Cars?

Thursday, September 26, 2013
All car enthusiasts have their favourite super car: the Ferrari 458 Italia, the Porsche GT2, the Aston Martin V12 Vantage or the Mercedes SLS AMG. These cars are in a class of their own, meeting all of the standard definitions of the term ‘super car.’ But what exactly makes a ‘super car’ – and perhaps more pressingly in an age where bigger and better means faster and more expensive, how do you tell the difference between a super car and a hyper car? 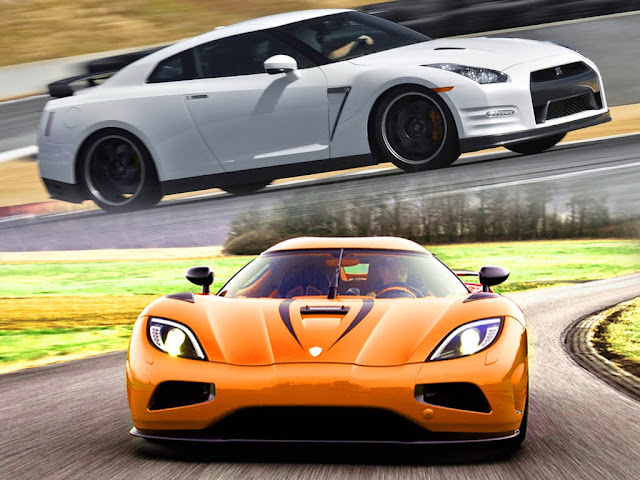 A super car is generally an eye catching, visually striking stock production car which is faster than the majority of vehicles available – and which comes with a suitably high price tag. The majority of people agree that this is the definition, the criteria by which supercars can be judged in a market where almost all of the big manufacturers have a super car of their own competing to be the best in the field. Although for many, this definition is too restrictive, it serves as an ideal basis for discussions. After all, exceptions can always be made. The Ariel Atom is a stunning super car, with extreme acceleration ability and a remarkable appearance, yet with a fairly reasonable purchase price it falls short of meeting the criteria for true ‘super car’ status. Few would dispute, however, that the Ariel Atom is anything but a super car.

Hyper cars, then, must go beyond this standard. It is a distinction which is difficult to quantify, and in many cases only personal opinion can define the difference between super cars and hyper cars. The label hyper car is being used increasingly often. Generally, a hyper car is a high level super car, which outperforms other super cars in terms of acceleration ability, price bracket, handling responsiveness, engine sound, appearance, rarity and the ultimate top speed which is achievable. Like with definitions of the super car, debate rages about what makes car deserve to be known as a ‘hyper car.’

One way to see the difference between the two is to look at manufacturers of high end super cars. A vehicle produced by that company which outstrips their other super cars, by being faster, aesthetically different, or significantly more expensive, would probably deserve to be a hyper car. For example, the Ferrari 458 Italia and the 599 GTB are very popular super cars, deserving of their reputations. However, the Ferrari Enzo outperforms these two in many ways, thus making it a hyper car. Similarly, Porsche make a number of super cars which have widespread appeal, but the Porsche Carrera GT can only be described as a hyper car if its features are compared to their super car models – it goes far beyond what is expected of other super cars and reaches new heights.

The favourite hyper cars – high trim versions of the Lamborghini Murcielago, the Mercedes SLR McLaren, the Bugatti Veyron Super Sport and the Grand Sport Vitesse, or the Pagani Huayra – all have prices amounting to hundreds of thousands of pounds, yet price comparisons are not an effective way of finding the difference between super cars and hyper cars. To truly understand the distinction, the cars must be considered in motion.

Author Bio:
Sarah Rushton is a well known author of all things automotive. Sarah often visits www.regplates.com to get the latest information on car registartion plates.