How China Educates its Young Citizens

Friday, September 13, 2013
Education in China has a very challenging history, where there were several reforms instituted to allow citizens to attend school, especially at lower levels. Eight decades ago, there were only twenty percent of the entire population who were able to experience education. During the sixties, enrolment increased due to mobile schools, but the statistics were not quite high as going to school as it was deemed to be available only for the elite few. With that, the central government has implemented compulsory education where elementary and high school years were tuition free and schools were created in nearby towns and villages around Tianjin forming many secondary schools. 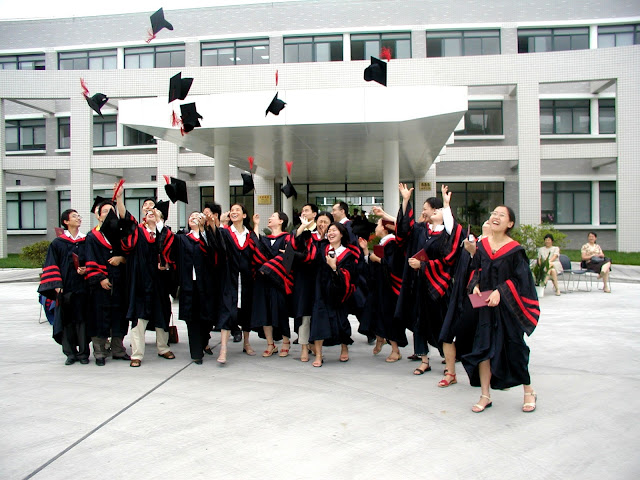 At present, the literacy rate of China is over 90 percent, but the government is still looking for ways to make education available for all.  Education in this country is composed of three levels: primary, middle and senior level. Primary education is for 9 years, while junior level takes three years, and one year for senior year only. Each level has two semesters and is quite flexible in some areas where agricultural season are factored so that children can go to school. In sum, school term is equivalent to nine months and a half.

All subjects are taught in Chinese except for English and students before had to spend six days in school, but due to changes, it is now reduced to five days. Another interesting innovation implemented by the Ministry of Education is doing away with bringing homework at home. Teachers rely on memorisation technique to impart knowledge to their students. On top of regular schooling schedules, students also have to spend their time attending group study sessions.

Just like schools in other countries, sports programs and physical education subjects are available to make children healthy and fit. Campus clubs and organisations are popular ways to join extra-curricular activities as well. There are also inter-school competitions where students from different schools are completing against each other in different categories such as sports, academics, and cultural presentations.

There are also private schools in China where foreign students can spend education years in different levels. Some international boarding schools are offering International Baccalaureate Programs so that when foreign students return to their country of origin, their subjects learned in Chinese schools will be accredited and there is no need to step back a level. Public schools in China are quite large and the ratio between teacher and student is quite high. This is why the central government is offering more incentives for teachers and are encouraging local organisations to sponsor academic endeavour on their own turf.

Education is one of the things that you can pass on to your children that cannot be taken away from them. Children should be given strong primary and secondary educational background so that they are fully prepared for higher education and into adulthood. It doesn’t matter whether you are going to enrol your child in a Tianjin Secondary School or elsewhere for as long as he or she acquires the right knowledge and skills necessary for life.

Author Bio:
Karin Todds has been living in China for 5 years when she and decided to move there for her children's education there.