How Technology Is Changing Our Drive To Work

Friday, September 13, 2013
Robert Zemeckis’ vision of the flying cars of 2015 (Back to the Future II) may have been one prediction too far (and let’s face it, with less than two years to go it’s fairly certain that we’ll be trundling along traffic-gridlocked roads for some time yet), but the car industry is racing along at an immense speed thanks to numerous technological advances. From near perfect safety to driverless cars, times are changing for motorists and, with new technologies rapidly becoming industry standards, its highly likely that in the not-too-distant future we’ll be driving in a way that past generations could only dream of. 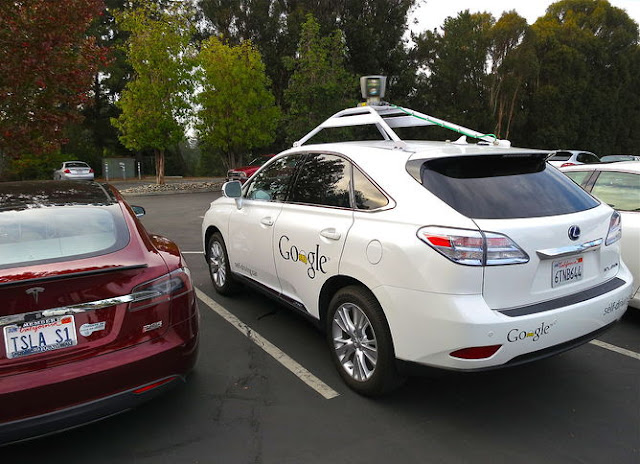 Car manufacturers have been developing advanced in-car safety systems for some time in the pursuit of the ‘totally safe’ car. Citroen’s long-established Electronic Stabilisation Program (ESP) combines the anti-lock braking system with traction sensors to recognise if the car is losing control, while Volvo’s City Safety goes one step further, using optical radar to spot objects ahead and activates the brakes if a collision is likely.

With many car manufacturers vying to develop even more advanced safety technology, it is certain that the move away from passive safety systems (such as airbags) to active systems which predict accidents and take automatic measures to minimise damage (and therefore injuries) will bring positive benefits to drivers in future.

Vehicle safety, however, is perhaps only as effective as the driver behind the wheel and to incentivise motorists is an increasingly popular approach to encourage safe driving habits. Telematics insurance requires cars to be equipped with a device which communicates directly with the insurer, sharing information about your driving habits. Therefore, safe driving could be rewarded with reduced premiums as the risk of accidents is perceived to be lower. With an estimated 57% of UK drivers likely to switch to so-called ‘black box’ insurance in the next four years, now could be a perfect time to find out about telematics insurance and how it could benefit you.

They are already licensed in at least two US states and internet giant Google believes we’ll see them on the road as standard in less than five years, so driverless cars may be a lot more based in reality than many would realise. Letting go of the controls may make some drivers feel a little uncomfortable but driverless technology would certainly take the strain out of the rush hour. Not since the 1980s Knight Rider, it would seem, have cars been so intelligent.

Queuing at the petrol pumps is little fun on a Monday morning on the crawl to the office but it may soon be the electric station that we’re heading to. Advances in technology, persistent concerns about the environment and the spiralling cost of oil have helped to push electrically-powered cars to the top of the agenda and, with virtually all car manufacturers working on models for forecourt sale, it’s likely that in the not-too-distant-future fossil fuels will have had their day.
Author Bio:
Catherine Halsey is a keen blogger that writes about a very broad range of topics including technology and motoring.