Top 3 Apps To Organize And Share Your Photos Online

One of the most effective and creative ways of putting together a photo album is by collecting photos from a range of different sources, from your phone to your tablet to your laptop. This is particularly the case if you are interested in collating an album with a thematic basis, which might include images from a diverse range of times and places. Being able to access more than one storage source expands creative scope when it comes to organizing photos.

It’s also really handy to be able to store albums both online and offline. Putting them online enables for easy sharing with family and friends, and having them offline means easy access 24 hours a day, regardless of whether or not you an internet connection is available.
Here, we take a look at three apps that enable the creation and sharing of fun and dynamic photo albums. 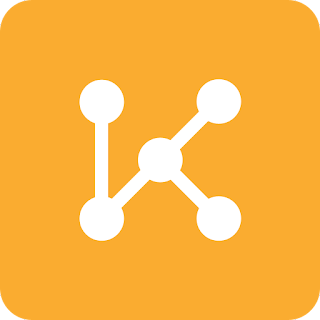 Nerokwik provides users with the capacity to turn any group of photos into a collage, and to bring together photos from several different sources (tablets, phones, laptops, social media sites and so on), so that they are all in one place. Nerokiwk is able to access these various locations, removing the need for manual uploading and/or organizing.
Nerokwik allows easy navigation of photos through its timeline browser and one of the app’s most innovative features is ‘Tapestries’, which enables the creation of dynamic and exciting photo albums, which can be shared via Facebook or Google Plus, or over email, and stored on cloud through SugarSync. These albums can be arranged according to the user’s preferences, and are easily updated. Family, friends, critics and admirers are able to make comments and give feedback.

From 87 reviews on Google Play, Nerokwik has received an average of 4.1 stars, with 57 of them at 5 stars, and 12 of them at 1 star.
There is consistent positive feedback, in terms of Nerokwik being described as fun, easy-to-use and quick to install. Many users have commented on the clarity and simplicity of the interface. They also enjoy the fluent connection between the app and other photo storage areas, including Facebook.

Some of the negative feedback included disappointment that the app does not allow for editing, even at the basic level. Some users have put in requests that simple tools, such as cropping, should be added. A small numbers of users have complained of problems with installation and saving photos. One or two have expressed a wish that Nerokwik be linked to other social networks (apart from Facebook).

Nerokwik has a simple-to-operate, intuitive interface; and rapid installation speed. Its photo album tool is particularly dynamic, and allows for individual artistic expression, as well allowing for feedback. Users are able to gather together photos from disparate sources (including phones, tablets, laptops and Facebook).

Nerokwik enables for sharing and creation of albums, but does not include any editing tools, even of the most basic variety (cropping, resizing and so forth). Another disadvantage is that the only social networks with which the app connects are Facebook and Google Plus. 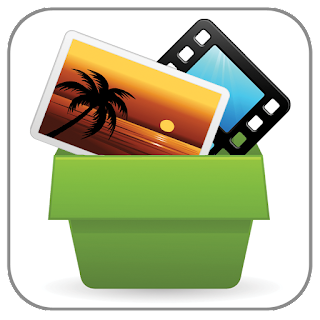 PhotoFolio for PhotoBucket enables users to create photo galleries and upload them. It is particularly useful and efficient when it comes to offline viewing.
One of its important features is its ‘automatic download’ tool. Users can choose to have images automatically downloaded, which means they can be viewed offline at any time. Android 4.2 devices that have the app can run slideshows via Daydreams while docking or charging.

PhotoFolio for PhotoBucket allows the easy uploading of shots, as well. It is even possible to upload multiple photos while you are busy using your device to perform other tasks. The photos can be placed on PhotoBucket, where they can be shared, liked and commented on. PhotoBucket also features ‘favourite’ and ‘most popular’ photos.
Albums can be created, deleted, edited, updated, moved and shared with ease. The interface is particularly easy to navigate and has an attractive appearance on both tablets and phones.

Of 22 reviews on Google Play, PhotoFolio for PhotoBucket has received an average of 4.5 stars. There are 16 5-star reviews and 2 1-star reviews.
Positive feedback includes commentary on the app’s ease-of-use and its capacity to deal with thousands of photos. Many users have said that they were previously unable to find an app that worked well with PhotoBucket, and are very pleased to have found PhotoFolio. Some have said that it has made PhotoBucket much, much easier to use and that it has given them total control over their photo collection.

Some users have expressd the opinion that the album browser could have a better appearance. They have suggested that it be organised differently, to include thumbnails, rather than one long list. Another suggestion is that the grouping system be changed slightly, so that albums can feature ‘sub-albums’.

PhotoFolio for PhotoBucket makes PhotoBucket easier to use. Many users have commented that it performs much better than other, similar apps. It enables uploading and downloading of multiple shots, even when the device concerned is being used to perform other operations. Albums can be created, deleted, edited, updated and shared easily, both offline and online. The interface looks good and is simple-to navigate.

The appearance of albums is not particularly easy on the eye, as links are structured as a list, rather than as thumbnails. Also, it is not possible to create ‘sub-albums’ within a particular album. 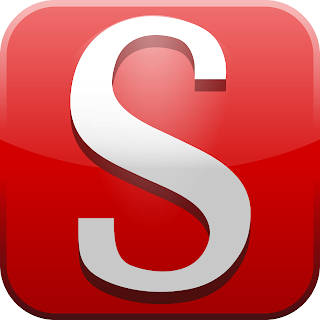 MyShoebox is an app that provides backup for images across all of a user’s devices. This backup is both free and unlimited, and can be programmed to occur automatically. MyShoebox is designed to remove the stress that can be caused by losing photos and the special memories connected to them. Basically, this app means that your tablet or phone can carry every single photo that you have ever wanted to keep, without the device’s storage space being overloaded.

MyShoebox can be used on all operating systems, including Mac, Windows, iPhone and Android. It is totally private – its security system is as complex as those employed by financial institutions. Users can create albums and share them with contacts and connections, with more than one person can collaborating on an album. Photos can be organised in a range of ways, to meet the user’s needs. A free 30-day trial is available.

Out of 64 reviews on Google Play, MyShoebox has received a 3.4 star average, with 29 reviews at 5 star level and 16 reviews at 1-star level.

Many users have expressed positive feedback with regard to the app’s capacity for free and unlimited storage. They are very happy with the high level of privacy and security, which is extremely important as hacking becomes more and more problematic. Many users have praised the app’s ability to deal with a diverse number of platforms, devices and operating systems (both Mac and PC are supported).

Negative feedback includes complaints that the app only supports photos that are up to 1074 pixels in size. This seems to have proved frustrating for users who prefer to work with images at a higher resolution. Also, its rather specific and unusual categorisation system has inspired some negative feedback. Users argue that is unsuitable to their needs and creates confusion.

MyShoebox’s free, unlimited storage capacity is one of its strengths. It works across a range of platforms and devices, and enables users to access their PC or Mac photos via their mobile or tablet, without comprising memory. The app also enables users to create, share and collaborate on photo albums.

MyShoebox’s categorisation system might prove inconvenient for some users, as it is based on notions such as time, season and date. Some users have complained that its sync tool applies to all the photos on a device, and cannot be organised manually. Also, MyShoebox’s ‘unlimited’ photo storage capacity only applies to images that are up to 1074 pixels in size.