Lucid Motors Opens Reservations for the Lucid Air in Europe, Fulfilling its Promise to Bring the Groundbreaking All-Electric Sports Sedan to Multiple Markets 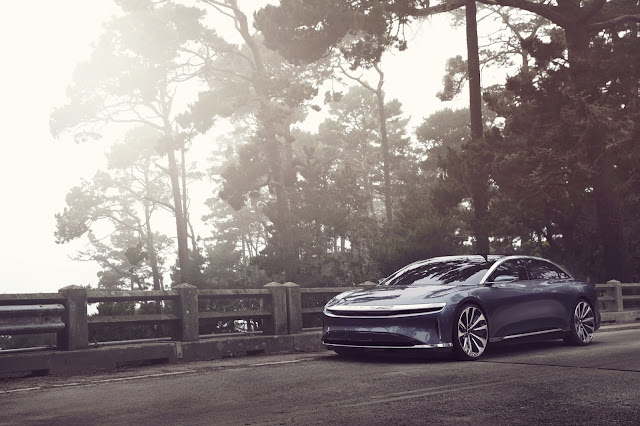 Lucid initially intended to start accepting reservations from European customers as planned deliveries to the region approached in late 2021, a year after the Air's start of production at the company's factory in Arizona, but high demand in the EV-friendly region accelerated these plans.

For the equivalent of $1,000 USD, customers in Austria, Belgium, Denmark, Finland, France, Germany, Iceland, Italy, Monaco, Netherlands, Norway, Spain, Sweden, and Switzerland will secure their place in line for the Lucid Air. Specific markets were selected due to a combination of charging infrastructure and market acceptance and size. Expansion in Europe is planned in the future, including a right-hand-drive model for the UK.

"This is an exciting time for Lucid. We've been moving at an incredible pace, with the completion of our factory and the first production Airs expected in late 2020," said Peter Rawlinson, CEO and CTO, Lucid Motors. "With deliveries in Europe expected just a year from those milestones, we felt the time was right to open up reservations in a region that has truly embraced the core tenets of environmentally-friendly transportation, and one that we expect will be a major market for Lucid."


Lucid will unveil the production version of the Air in New York in April of 2020. In addition to the vehicle's final interior and exterior designs, new details on production specifications, available configurations, and pricing information will also be shared. Currently, in-house development on what is intended to be the world's most advanced electric car continues at a rapid pace, including battery packs with unmatched energy density and electric motors that are incredibly powerful yet efficient. Lucid is manufacturing 80 beta prototypes at the company's Silicon Valley headquarters, which will be used for comprehensive testing and validation for key vehicle dynamics, as well as crash testing to confirm exhaustive simulations.