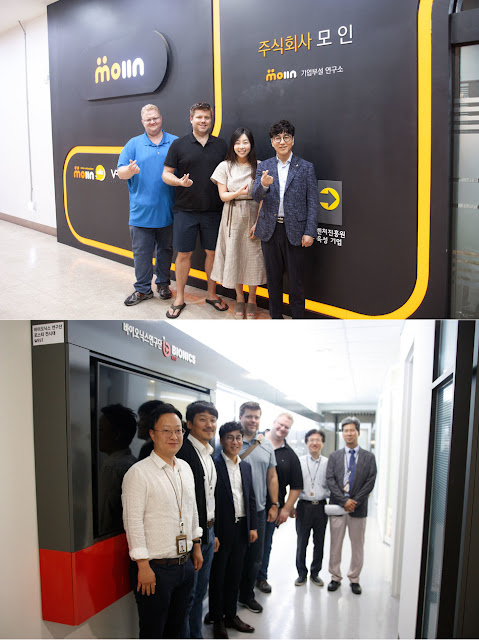 Last week, Moiin Inc, a VR hardware working to build the world's first fully immersive world, announced that they would be forming a $100m VC fund, based in Silicon Valley, to aid in the growth of VR gaming globally. This announcement came during a televised segment of Oasis City TV, during which the CEO of Moiin and Oasis City, Inc, Mr. Jae Yoon Ok, was joined by advisors Mr. Eric Schiermeyer, Mr. Jason Brink, and Mrs. Haley Kim.

The creation of the $100m VR Development VC Fund marks a watershed moment in VR history as it will enable smaller developers to seek funding for their VR initiatives. The team plans to seek investment opportunities globally to drive global VR development forward to help usher in the 4th Industrial Revolution of a fully immersive VR world.

Mr. Schiermeyer, the former CTO of Myspace and co-founder of mobile gaming giant Zynga, and Mr. Jason Brink, winner of the 2014 GDN/Bill and Melinda Gates Foundation prize for his ecosystem proposals to solve problems endemic to foreign aid, had traveled to Korea to visit Moiin in person, as well as to see the advances of the new Fiber-Bragg Grating-based (FBG) haptic gloves currently being produced by a partnership between Moiin and the Korean Institute of Science and Technology (KIST). The purpose of this visit was to test the sensors and to see the development of Oasis City. During the visit to KIST on July 9th, Mr. Schiermeyer expressed great interest in the advance FBG motion tracking technology and said that it would be an important key to changing global gaming trends.

When presented with the gloves, Mr. Schiermeyer stated that they were "far more elegant" than other motion tracking solutions and had a range of potential applications ranging from gaming and entertainment to industrial training and telepresence work. He also expressed his enthusiasm for helping Moiin and Oasis City succeed on the global stage, both in his capacity as an advisor and through the VR Development VC Fund. Mr. Brink, an avid VR enthusiast who does most of his work in a VR environment, agreed wholeheartedly with Mr. Schiermeyer's assessment and further said that the FBG Gloves would be an excellent addition to existing VR hardware suites such as the Oculus or the Vive.

About Moiin, Inc: Moiin is a VR hardware company based in South Korea and led by Mr. Jae Yoon Ok, a VR pioneer with over a decade of experience building immersive VR equipment. Currently, Moiin is leading the construction of Oasis City, the world's first fully immersive VR ecosystem. Moiin's first mass consumer product, the FBG suits and gloves, will be available for sale in 2020.