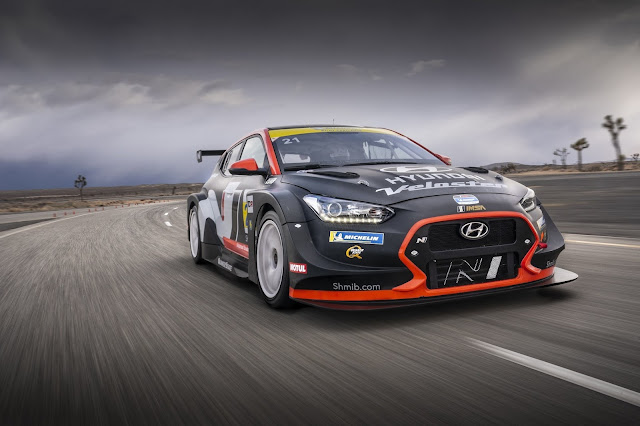 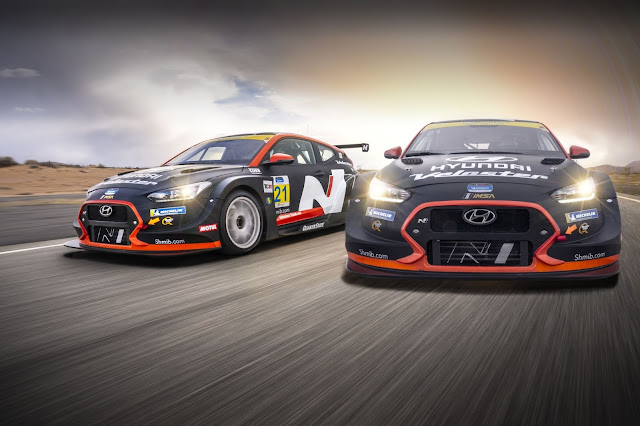 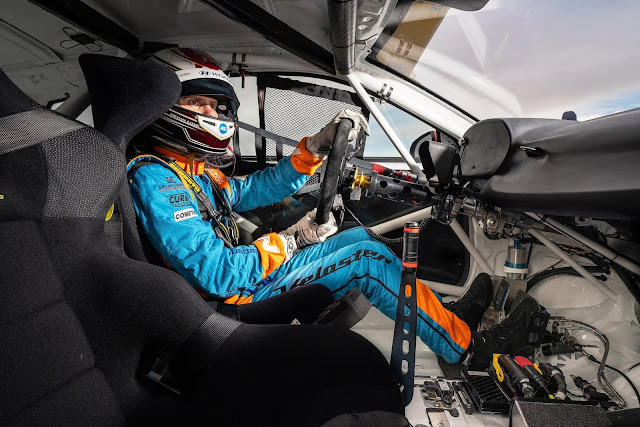 Miles Logged: The entire Bryan Herta Autosport team completed a successful test at Buttonwillow in California in February. It was the first test for the team since they received their Veloster N TCR's just before the season opener at Daytona. In addition, BHA drivers Mason Filippi and Michael Lewis spent a day with media at the Hyundai proving grounds in the Mojave Desert driving the Veloster N TCR.

Tech for a Day: Josh Hensley, the shop foreman/lead technician at Hyundai New Port Richey will be the "Hyundai Team Tech" this weekend at Sebring. The service team at Hyundai Motor America's headquarters uses the "Tech for a Day" program as part of their motorsports program activation. Josh is a 12-year veteran with Hyundai New Port Richey and was nominated by his service manager. "It's every mechanic's dream to work on a race team," Hensley said. "I think it will be faster paced than I am used to, but at the same time, as long as the car stays out of trouble, we should be good. I know from first-hand experience how reliable these Veloster's are and I can't wait for this experience."

Promoting the Brand: Harry Gottsacker and Mason Filippi joined Hyundai at the Chicago Auto Show last month to promote the Veloster. The BHA drivers signed autographs and introduced fans to the new Veloster N showing them the ins and outs of their Veloster N TCR race car.

Sebring Rookies Surrounded by Sebring Champions: Michael Lewis, Harry Gottsacker and Mason Filippi are new to Sebring, but they are surrounded by experienced Sebring race winners. Teammate Mark Wilkins won the 12 Hours of Sebring in 2016, Team owner Bryan Herta won the race in 2007 and team technical director John Ward, has engineered two cars to victory at the 12 Hours of Sebring.

Harry Gottsacker on Sebring: "This will be my first time at Sebring, and I can't wait. It is one of the most historic tracks in the world and is so different than most of the tracks we go to. It really is the ultimate test of driver and car." Harry Gottsacker on staying focused between events: "It's been a long break since Daytona, but I've been busy preparing for this event. We had a great test with the Hyundai Veloster N TCR at Buttonwillow. I have been putting in time at the gym and on the simulator to prepare for Sebring. This really keeps me focused on the next race."

Mason Filippi on winning in the Veloster N TCR: "The Veloster N TCR performed perfectly and with TFB performance behind it, we had a winning combination for COTA. Going into Sebring with extra time in the car will be helpful and I am excited to use that knowledge leading into the week."
Mason Filippi on Testing: "Buttonwillow was great, it is a unique track and has a good combination of high speed and low speed turns where we were able to really get down and know the car and how it will react in most scenarios. Sebring will be a lot stronger for us as drivers with more experience now in the car since Daytona. I am really looking forward to jumping back behind the wheel and racing with my teammate Harry and the awesome BHA crew at Sebring!"

Mark Wilkins on setting up the Veloster for Sebring: "Sebring is highly technical in nature compounded by the bumps and variations in track surface/grip levels. After an extremely promising inaugural event for the new Veloster N TCR at Daytona I think Sebring will bring a new set of challenges but ones that should really highlight the many strong points of the car. The more corners and the more technical the circuit the better! A well poised, confident car that's great on the bumps will be key to success. From what we learned on bumpy surfaces last season, I know we will quickly hone in on a package that will be quick and competitive. We have ample testing and practice time to dial the car in for Friday's race!"

Michael Lewis on Hyundai's program activation: "Since the last race in Daytona, Hyundai had our team out to their California Proving Grounds in the Mojave Desert. It was for a media event to show the Veloster N and the Elantra GT to members of the media. We had fun driving in the Veloster N and Elantra GT and we also gave rides to members from Hyundai and to the media in our Veloster N TCR Race Car. It was cool to see the excitement from passengers who rode in our race car. It is fast! Driving both road version of the Veloster N and the race version of the Veloster N was cool because you can really feel the similarities in the way the car handles. Having this media event was helpful from a drivers' standpoint because it gets you more laps in a race car. That for sure is helpful in the long gap between Daytona and Sebring." Michael Lewis on his physical and mental training between events: "To keep busy when there is a big gap in between races I focus on trying to get to local tracks to help other drivers, drive simulators, and keep up with being physically in shape. These three things keep me busy and by race cars. The simulator helps with driving and getting to hustle a car around the track and exercising keeps your mind and body fit. Even just being at a race track is beneficial, as it keeps your mind focused on driving, racing, and some subtleties that are good to keep in your head. It is fun to be racing again this week and to be back with Mark in our #98 Veloster N TCR! Driving this course looks like it will be fun with our car. The track has fast turns and it is bumpy, and those two things make it unique. Racing at Sebring means a lot because of the history of the track and the event. Adding Hyundai to that history and tradition will be pretty cool!"

Bryan Herta, team owner on Round 2 of the IMPC: "We're really looking forward to Sebring. It was such a whirlwind leading up to Daytona. We received the first car and then almost immediately took it to the unveiling at the North American Auto Show in Detroit, and then headed to Daytona. We had hardly caught our breath before the first race, so we welcomed the break between races, and we made very good use of the time and had a chance now to go track testing. In some ways, Sebring feels like the first race of the season for us…it's the first one where we've been able to test and be fully prepared, and we are optimistic based on everything we've learned, and from the speed and reliability of the Hyundai Veloster N TCR."