Google says it is open sourcing ClusterFuzz, a tool it developed to automate bug detection in software via fuzzing, which has found 16K+ bugs in Chrome 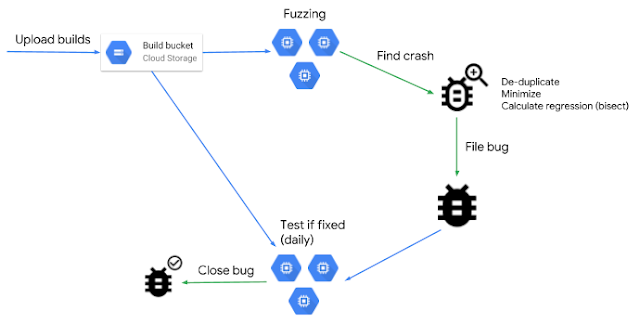 Fuzzing is an automated method for detecting bugs in software that works by feeding unexpected inputs to a target program. It is effective at finding memory corruption bugs, which often have serious security implications. Manually finding these issues is both difficult and time consuming, and bugs often slip through despite rigorous code review practices. For software projects written in an unsafe language such as C or C++, fuzzing is a crucial part of ensuring their security and stability.


In order for fuzzing to be truly effective, it must be continuous, done at scale, and integrated into the development process of a software project. To provide these features for Chrome, we wrote ClusterFuzz, a fuzzing infrastructure running on over 25,000 cores. Two years ago, we began offering ClusterFuzz as a free service to open source projects through OSS-Fuzz.