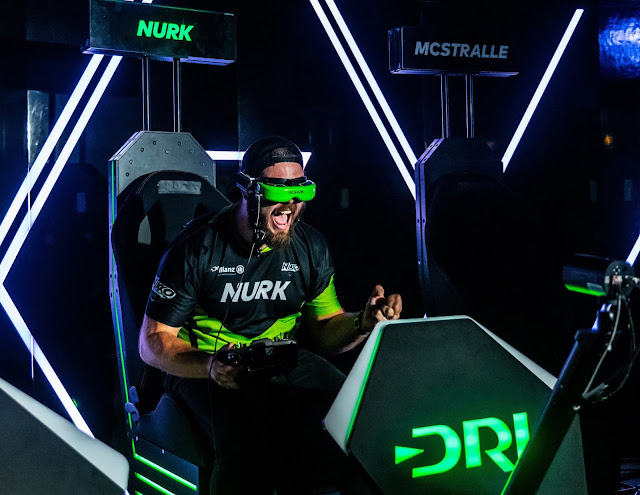 The Drone Racing League (DRL), the global leader in professional drone racing, announced Paul "Nurk" Nurkkala as the 2018 DRL Allianz World Champion. From winning the 2018 Season's first race to crushing its final event, Nurk's victory came full circle after a year of intense training. The 27-year-old, Indianapolis-based champion put in around 10 hours of practice per day, flying virtual maps in the electrifying FPV (First Person View) drone racing sim, the DRL Simulator, and racing with an unlimited amount of DRL-provided gear in local warehouses. After a mid-season slump of three losses, Nurk resiliently taught himself to fly a new way and, during the ultimate finale, beat out the ten best pilots on earth, including 2x winning DRL Allianz World Champion, Jordan "Jet" Temkin.

"We're so proud of Nurk, who earned the 2018 DRL Allianz World Champion title through sheer grit and hard work," said DRL CEO and Founder Nicholas Horbaczewski. "Putting in a tremendous amount of time practicing, Nurk embodies the tireless investment in training that's necessary for professional drone racers to succeed in the sport of the future."


Flying custom-built DRL Racer3 drones at speeds above 90 MPH, Nurk achieved a nearly-flawless run in the last and longest course in DRL history. Throughout 1,667-meter long, three-dimensional track along the Red Sea, Nurk navigated 130-foot-tower-high nosedives, inverted archway loops and sweeping turns. During the winner-take all seventh and final Golden Heat, Nurk clocked in a 0:1:05.3 finish, marking his best heat of the Championship.

"For three years I've known that I had a shot at becoming the best drone racer in the world, and I knew the work that I needed to do to get there," said 2018 DRL Allianz World Champion Nurk. "After hours of training, countless repairs, and truly believing in myself, I got to the top. I went up against the best pilots in the world and beat them back with grit, determination, and practice."


The nail-biting finale premiered Thursday at 8pm EST on ESPN, and will air internationally on top sports networks including Sky, Prosieben, and Groupe AB in more than 75 countries worldwide for the league's 55 million fans to watch.

This month, DRL will launch a new opportunity to become a World Champion. On November 13th, the league will open applications for the Lockheed Martin AlphaPilot Innovation Challenge, which will challenge teams of university students and technologists to push the boundaries of autonomous flight. Competing for their share of over $2 million, teams will diligently work to develop an AI framework that can race an autonomous drone through complex 3D courses in DRL's new Artificial Intelligence Robotic Racing (AIRR) Circuit.