Robots, Wearables, Renewable Energy, Oh My: The Winners of the 2018 Hackaday Prize Announced 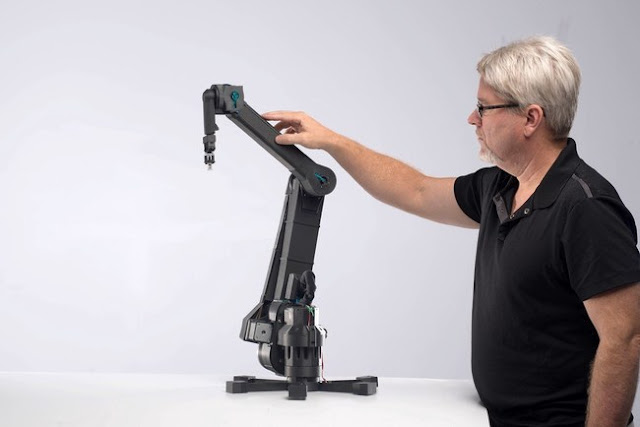 After nine straight months of competitive technology innovation, Hackaday announced the five winners of the 2018 Hackaday Prize this past weekend at the Hackaday Superconference. This year the Hackaday Prize awarded over $200k in cash prizes with the purpose of encouraging hardware hackers, makers, and artists to build technology for a better future. And for its 5th year, that is exactly what the contest did, inspiring nearly 1,000 technical entries.

"There is simply no better activity that challenges the engineering community to channel creativity, passion, and innovation into creating a better and more sustainable future," said David Sandys, Director, Business Ecosystem Development at Digi-Key. "Each year the Hackaday Prize entrants raise the bar even further, and it's simply astounding to us to see how they implement the technology and solutions we provide in new and imaginative ways."


5th Place, and the winner of $5k, was awarded to Hadi Esiely for their project PR-Holonet. PR-Holonet is a disaster area emergency communications system made by survivors of the recent Hurricane Maria to prevent future communication shortages across the world.

4th Place, and the winner of $10k, was awarded to David Prutchi for his project EmotiGlass. EmotiGlass is a wearable device using augmented reality to aid stress and anxiety in the user.

2nd Place, and the winner of $20k, was awarded to Curt White for their project Hacking Wearables for Mental Health, in which they modify a cheap fitness tracker to develop mental health services for the Child Mind Institute nonprofit.

1st Place, and The Grand Prize of $50k, was awarded to Kent Gilson and Todd Enerson for their project Dexter. Dexter is an open source robotic arm that is trainable by the human hand, an ability that is uncommon even in commercial robotics.

"No task or problem is too big," said Colin Furze, YouTube sensation and Hackaday Prize judge. "People are looking at huge things you wouldn't think you would attempt as a DIY person, and they've said, 'No, I think we can have a crack at this!'"

A video of the Prize Ceremony in its entirety can be found on the Hackaday YouTube channel.