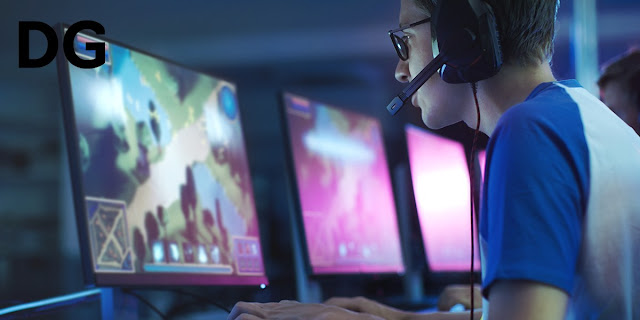 The Gaming industry is seeing a new upsurge. Predictions show that gamers will likely have spent around $138 billion by the end of the year. These numbers are more important than ever for developers of gambling based games due to the new phenomenon called DGaming (Decentralized Gaming). DGaming, built on blockchain technology, has opened up a new avenue for gaming and gambling application to intersect with the security, transparency and fairness that has so far been lacking for gamers. Although there is still a basic distinction between gaming and gambling apps, through a decentralized platform, they are able to safely combine their best features in order to create an immersive experience like no other.

Looking at data from the last few months, gambling based games are delivering serious money, and this is reflected by two statistics:

In the months of July and August, DApps (Decentralized Apps) with a gambling focus accounted for 79% of market volume, despite the number of such games being only a little more than those DApps with a gaming focus.
Since August, in an effort to capitalize on the strong revenue stream, the number of Gambling DApps has surged to outnumberGaming DApps1 .

Although for now quite simplistic, DApps based on dice games have been proving extremely popular. In the last 30 days BetDice has seen over $363 million2 worth of EOS cryptocurrency put through its platform. With further development, there are great prospects for this nascent industry, which will not only develop more complex gambling DApps, but also incorporate gambling components into games, which will drive engagement and increase revenue.

Who is an average player? DGaming is already attracting almost 140,000 monthly players. Going by the statistics, the average player is an adult male in their mid 30's, who has a university degree and works in IT.

By 2020, total gaming revenue will reach almost $140 billion, with much of the growth potential lying in the development of blockchain services, which are being applied to not just gaming and cryptocurrencies, but also health, global aid, and census data. Blockchain games have value for both players, whose enduring problems are resolved, and investors, who can capitalise on a new income-generating resource.

Even the game giant Ubisoft is looking enthusiastically at the opportunity to introduce blockchain technology into their games. Nicolas Pouard (Ubisoft Strategy Innovation Lab Manager) speaking at the first blockchain hackathon in Paris, was adamant that blockchain will change the gaming industry.

The DGaming industry is buoyed by the fact that gaming projects are currently third, behind infrastructure and financial startups as the most popular area to invest in.

The speed at which DGaming is growing points to a distinct possibility of becoming mainstream in the next couple of years. You can find more top gambling and gaming apps in the DGaming Industry Report. It provides comprehensive information and analysis for the month of September 2018.