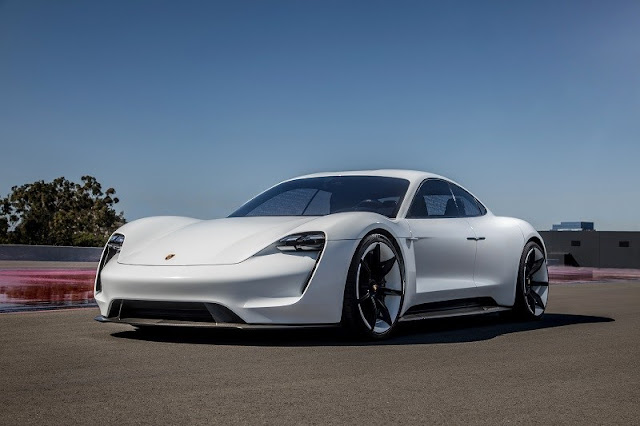 The future of mobility is another step closer: Series production of the first purely electric Porsche is set to begin next year. In preparation, the vehicle previously operating under the working title "Mission E" has now been given its official name: Taycan. The name can be roughly translated as "lively young horse," referencing the imagery at the heart of the Porsche crest, which has featured a leaping steed since 1952. "Our new electric sports car is strong and dependable; it's a vehicle that can consistently cover long distances and that epitomizes freedom," Oliver Blume, Chairman of the Executive Board of Porsche AG, explains. The Eurasian name also signifies the launch of the first electric sports car with the soul of a Porsche. Porsche announced the name for its first purely electric model as part of the "70 years of Porsche Sports Cars" ceremony. 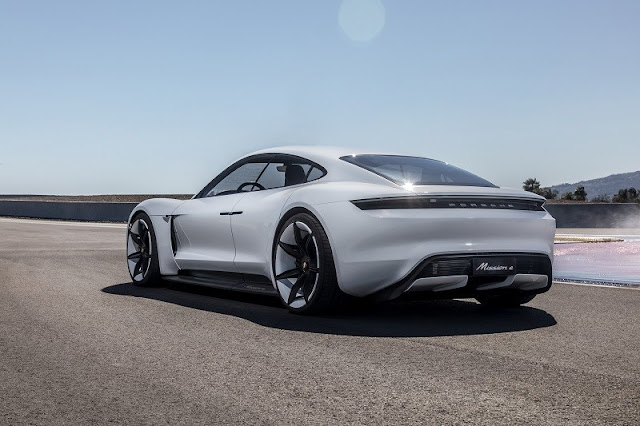 Two permanently activated synchronous motors (PSM) generating a system output of over 600 horsepower accelerate the electric sports car to 60 miles per hour in well under 3.5 seconds and to 124 miles per hour (200 km/h) on the track in less than twelve seconds. The Porsche Taycan will also offer a consistent level of power that is unprecedented among electric vehicles: multiple launches in a row will be possible without a loss in performance, and the vehicle's maximum range will be over 300 miles as measured in accordance with the New European Driving Cycle (NEDC). 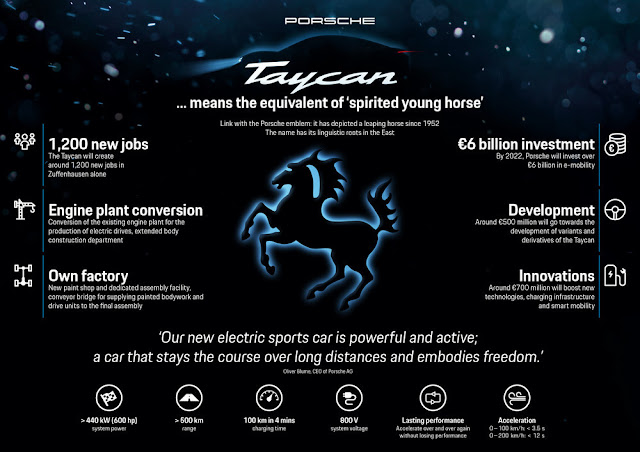 Names with meaning
At Porsche, the vehicle names generally have a concrete connection with the corresponding model and its characteristics. The name "Boxster" describes the combination of the boxer engine and the roadster design; Cayenne denotes fieriness; the Cayman is sharp and agile; and the Panamera, inspired by the Carrera Panamericana long-distance race, offers more than any standard sedan. The name Macan is derived from the Indonesian word for tiger, with connotations of suppleness, power, fascination, and dynamics.

Future investment doubled
Porsche plans to invest more than six billion Euros in electromobility by 2022, doubling the investment that the company had originally planned. Of the additional three billion Euros, some 500 million Euros will be used for the development of Taycan variants and derivatives, around one billion Euros for electrification and hybridization of the existing product range, several hundred million for the expansion of production sites, and around 700 million Euros for new technologies, charging infrastructure, and smart mobility.

Extensive construction and expansion at the Stuttgart-Zuffenhausen headquarters
At the Porsche headquarters in Stuttgart-Zuffenhausen, a new paint shop, dedicated assembly area for the Taycan, and a conveyor bridge for transporting the painted bodies and drive units to the final assembly area all are currently being built. The existing engine plant is being expanded to manufacture electric motors, and a new body shop will also be developed. Investments are also planned for the Weissach Development Center. Production of the Taycan is creating around 1,200 new jobs in Zuffenhausen alone.

The company operates a second Porsche Experience Center near Los Angeles. That 53-acre complex features a driver development track with eight educational modules totaling 4.1 miles, a business center, and Restaurant 917. PCNA employs over 300 people who provide parts, service, marketing, and training for 189 dealers. They, in turn, work to provide Porsche customers with a best-in-class experience that is in keeping with the Porsche brand's 70-year history of leadership in the advancement of vehicle performance, safety, and efficiency. PCNA is an indirect wholly-owned subsidiary of Porsche AG, which is headquartered in Stuttgart, Germany.