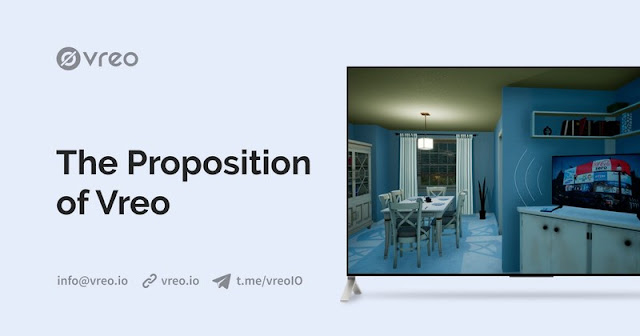 Gaming is among the most obvious target sectors for disruptive blockchain technology. Now, the team of Vreo has developed a software solution that allows game developers to easily define ad-space within their game and tokenize in-game attention.


Functioning like a digital in-game billboard, ad-space on display will trigger real-time token payouts from advertisers to developers, thereby rewarding the most agreeable form of advertisement for the players. To collect funds and bring this idea to the next level, Vreo has launched an Initial Coin Offering (ICO).

Vreo's disruptive system does not only reward clever in-game integration of ad-space but also gives players unprecedented sway over the game's development. It's the end of annoying in-game advertisement as we know it.

In-game advertisement is a huge market already today. But as of now, gamers can merely influence game developers indirectly with their actions, for example by refusing to buy a game or denying to invest in premium accounts and items. Vreo is empowering gamers by handing them new tools. In-game attention will send a message to both developers and advertisers every time. What's more, advertisers will from now on only pay for real attention and can spread their portfolio more widely among different developers instead of making bulk payments without real control over the return on their investment.

"As costs and prices of game development are constantly rising, the gaming industry is in dire need of new ways of revenue generation," says Andreas Schemm, CEO of Vreo. "We want to distribute the in-game advertising revenue more fairly and consolidate brands, developers and gamers in our ecosystem."


Vreo's ICO has recently kicked off with a private presale, offering individual bonuses depending on the size of the contribution, with the minimum being 15 ETH. The public presale will start soon after the private phase ends and offer a 20 percent bonus.

ICOs or Initial Coin Offerings can best be described as a form of crowdfunding, where a company or project issues and sells Tokens or Coins for future use in their ecosystem to the public. Vreo has partnered with Iconiq Lab Accelerator GmbH, an Initial Coin Offer and Token Launch accelerator program that helps launch tokens supported by real-world, sustainable business solutions.

The core of Team Vreo consists of Andreas Schemm (CEO), Alfred Steiof (managing partner), Egor Malychev (head of partnerships), Ali Pasha Foroughi (CTO) and Tino Kügler (head of accounting and community manager). The team's experiences add up to several decades in the fields of software development, finance, accounting, sales and community-building. At the team's core, Andreas, Egor and Tino have known each other for more than a dozen years and spent a lot of their time gaming together.


"We know that the gaming community can have a massive impact on games development and have been a part of that community for a long time. So it was always in our interest to give more sway to gamers and their opinion," says Vreo's Head of Partnerships Egor Malychev. "To achieve this, we include all stakeholders in the process of games development and implementing advertising in a way that results in mutual benefits and innovation."


To be a part of Vreo's growing community, we recommend joining their telegram group at https://t.me/vreoio. For any questions regarding Vreo's ICO, just send them an email to ico@vreo.io. Contribute to the ICO and earn rewards by joining their Bounty Campaign. Find out more at https://ico.vreo.io.

There is already an international interest in Vreo and their product as well as a strong community behind it, which is continuously expanding.