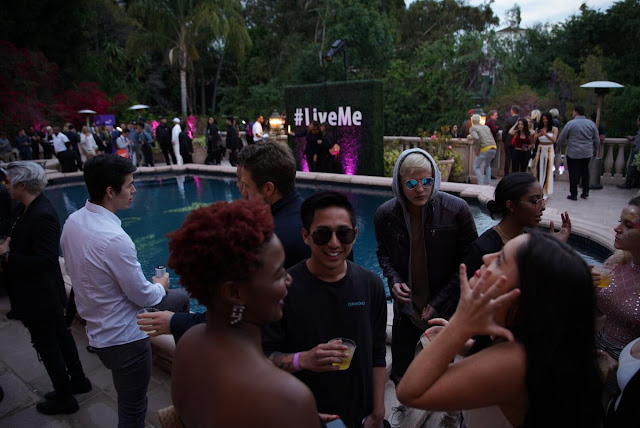 Today, Live.me Inc. is excited to announce its second anniversary and a rebrand of its popular live broadcasting app from Live.me to LiveMe. In celebration of this momentous milestone for the two-year-old company, LiveMe is debuting its first major red carpet event aptly named Concert at the Castle.

#concertatthecastle has officially started! We ❤️ meeting all our broadcasters and top gifters. 🎁 Getting pumped for French Montana! pic.twitter.com/cpnfzkgnmB
— LiveMe (@streamLiveme) May 13, 2018


This Saturday, the entertainment industry's top influencers and personalities will join LiveMe at an undisclosed Beverly Hills location for a VIP experience featuring a performance by hip hop recording artist French Montana and an awards ceremony recognizing LiveMe's top broadcasters.

This extravagant celebration underscores the rapid growth of mobile live streaming as an emerging form of entertainment and the continued success of LiveMe. "The past two years have been an exciting journey for us as we focused on building a strong foundation for our creators to thrive in this new medium," said Yuki He, founder and CEO of Live.me Inc. "As the entertainment industry evolves in response to our increasingly mobile-first world, we're making our mark as the face of live broadcasting for a new generation of creators."

Since its launch in 2016, LiveMe has quickly become the highest-rated and fastest-growing independent live broadcasting platform in the US. By putting its creators first with interactive features like virtual gifting, which enables fans to directly engage with and reward their favorite broadcasters, LiveMe has built a community of 50 million users and growing.

Other recent milestones include the opening of LiveMe's West Hollywood production studio, where influencers and creators come together to collaborate on new projects, and the launch of original shows like Spotlight Live!, a live variety show featuring special guests and exclusive performances. LiveMe has also collaborated with some of the biggest names in digital entertainment, including Roman Atwood, Ricegum, and Team 10.

The evolution of the app's name from Live.me to LiveMe is a small yet symbolic update that reaffirms the company's mission to empower anyone with a smartphone to showcase their own unique personality and talents as a broadcaster, build a following, and grow their personal brand.

In line with the extravagant nature of LiveMe's red carpet event, select VIP invite packages are being delivered by aerial drones tomorrow. To request an invite to Concert at the Castle, contact mark@eightfivepr.com.

Live.me Inc. is the mobile app developer behind the popular live broadcasting platform, LiveMe, and is focused on developing content-based applications for the mobile-first generation. Its flagship app LiveMe has amassed more than 50 million users and distributed millions of dollars to broadcasters through direct virtual gifting. Live.me Inc.'s portfolio also includes Cheez, a social short video app highlighting the power of creativity in 17 seconds.