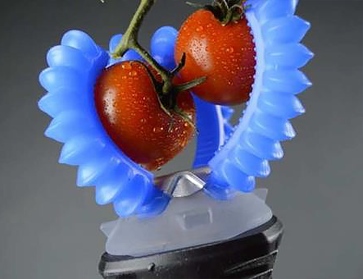 ABI Research, a market-foresight advisory firm providing guidance on the most transformative technologies, has identified collaborative robotics as one of the fastest growing segments of robotic systems. Small-to-Medium Businesses (SMBs) are driving the increased demand for collaborative robots, as cobots provide solutions that allow for a more flexible kind of manufacturing that makes no assumptions as to volume levels or types of products being manufactured. From 2016 to 2025, the global revenue of collaborative robotics shipments is set to enjoy a compound average growth rate of 49.8%, compared to 12.1% for Industrial robots and 23.2% for commercial robotics.

The term 'collaborative' refers to human scale systems that can share a workspace with humans, interact with humans while also moving independently from them, and can physically contact their co-workers safely. This opens the value of robotics, including strength, precision, and repeatability to a series of tasks that previously their bulk prohibited.

The collaborative robotics market is still young, with global revenues reaching about US$292 million in 2017. However, by 2025, that figure is set to exceed US$1.23 billion in global revenue, and hundreds of thousands of shipments. This is being driven by demand for manufacturing solutions that don't include large-scale investment in fixed automation or larger robotic arms. These include tasks like machine-tending, quality control, and light assembly. The manufacturing sector is the current mainstay of collaborative robotics; SMBs within the manufacturing sector will be responsible for the explosive cobot growth going forward.

Rian Whitton, Research Analyst at ABI Research explains, "Up until recently, a large percentage of SMB's, particularly manufacturers, have missed out on many of the benefits of robotic industrial automation such as increased productivity, quality, and overall competitiveness. Rapid change is underway. Fuelled by both supplier 'push' and end-user 'pull', established industrial robotics companies and several new vendors are providing products and services specifically designed to satisfy the needs and support the culture of SMB's – a sizable and underserved market." SMBs require flexible automation solutions that can easily and quickly be adapted to meet shifting demands. They need systems that can be programmed easily and quickly and can support multiple types of automation tasks. Collaborative robots fit the bill for SMB's.

Geographically, by far the largest market for collaborative robotics will be the Asia-Pacific region, with a projected 68% market share of shipments by 2025. Europe and North America will host 30% of shipments in the same year. The most successful vendor has so far been collaborative robot specialist Universal, based in Denmark. Other early movers like U.S.-based Rethink Robotics have accrued some fame, but after a slow start, the large industrial familiars, including ABB, Kuka, and Yaskawa, have recently developed new co-bots.


"Industrial robotics has been a critical component of advanced manufacturing for many decades, but with collaborative robotics, automation and cooperation between man and machine will move out of production onto the factory floor and into the warehouse," concludes Whitton.


These findings are from ABI Research's Collaborative Robotics report. This report is part of the company's Robotics, Automation & Intelligent Systems research service, which includes research, data, and analyst insights.