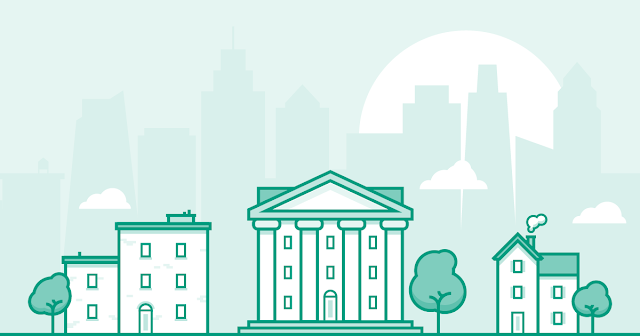 Through ongoing research and collaboration, the initiative will seek to identify ways that Neighborly's secure platform can be used to deliver low-cost, tax-exempt public finance offerings that could benefit residents of Berkeley and other municipalities. More importantly, the BBI will look to channel funds raised toward addressing some of the City of Berkeley's most pressing issues, including a lack of affordable housing and recent surges in its homeless population.

"Neighborly has a strong track record of leveraging sophisticated technologies to enhance transparency and accessibility in the public finance market while creating meaningful, social impact," said Kiran Jain, chief operating officer at Neighborly. "Berkeley is home to socially minded investors, and a top-rated public university with some of the most talented engineers in the world. By combining forces, we are well positioned to create a model of civic capital formation that can directly address a community's most pressing challenges."


The City of Berkeley has a history of pioneering innovative financing mechanisms. In 2008, with the launch of its Berkeley FIRST (Financing Initiative for Renewable Energy and Solar Technology) program, it became the first city in the nation to provide property tax-based financing for solar installations on residential and commercial buildings. This helped property owners overcome the barrier of solar technology's high upfront costs. Since then, similar Property Assessed Clean Energy (PACE)-enabling legislation has been passed in 33 states and D.C., financing over $2 billion of clean energy improvements in California alone.

By working with Neighborly and the UC Berkeley Blockchain Lab, Berkeley is looking to harness the power of blockchain and the cryptocurrency movement for social good. Berkeley Mayor Jesse Arreguin commented: "Cities must look toward new funding methods to solve their most intractable problems, especially in the face of diminished federal support. Berkeley is proud to once again be leading the way in solving problems through public financing."

"Blockchain's benefits, such as security, efficiency, transparency and speed, are not only applicable, but much needed at the government level to deliver better and more streamlined services to the people who need it most," added Berkeley Councilmember Ben Bartlett. "Mayor Arreguin and I are excited to launch the Berkeley Blockchain Initiative with Neighborly and the UC Berkeley Blockchain Lab, to explore how our community can benefit from this growing technology. As federal assistance dries up it is imperative that we leverage our own resources for greater impact."

"We are glad to see blockchain being considered as an enabling platform to help homelessness, potentially offering greater public good, such as more affordable housing, and more transparency to this and other public services," remarked Professor Ikhlaq Sidhu, chief scientist and founding director of UC Berkeley's Sutardja Center for Entrepreneurship and Technology, which houses the UC Berkeley Blockchain Lab.