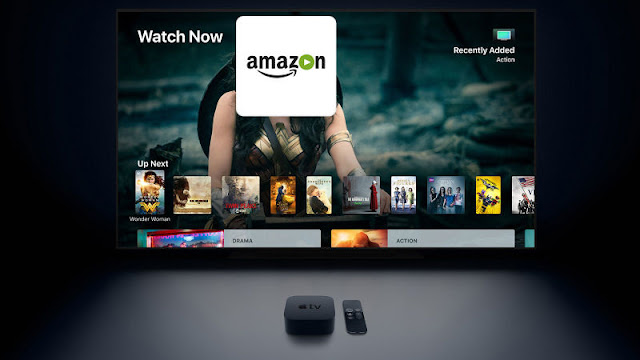 
Amazon today announced the Prime Video app is available on Apple TV 4K and previous generations of Apple TV in over 100 countries. Prime Video members now have even more ways to stream award-winning and critically-acclaimed titles including Amazon Original Movies, Prime Originals and Hollywood blockbusters and TV series and over 140 Channel subscriptions in the US and 95 in the UK, Germany and Austria. Starting tomorrow, customers can enjoy Thursday Night Football live on Apple TV 4K and Apple TV. Amazon’s library of 4K High Dynamic Range (HDR) titles are available on Apple TV 4K. Finding content on Prime Video is remarkably easy for Apple TV viewers with the Apple TV App, Siri Remote and universal search in select countries.

“There is nothing that excites us more than delighting our customers, and we are thrilled for them to stream Prime Video on Apple TV,” said Mark Eamer, Vice President of Prime Video. “The app arrives just in time for the highly anticipated new season of The Grand Tour, which launches on December 8th, and Prime Video members streaming on the Apple TV 4K will have the exceptional viewing experience of 4K HDR.”


Apple TV owners around the world now have access to Amazon Original Movies and Prime Originals such as The Grand Tour, The Marvelous Mrs. Maisel and The Tick along with the upcoming premieres of Jean-Claude Van Johnson on December 15 and Phillip K. Dick’s Electric Dreams on January 12. Prime Video offers a wide array of award-winning kids content including Tumble Leaf, If You Give a Mouse a Cookie and The Snowy Day as well as popular licensed titles coming to the service every month.