Uber officially announces Dara Khosrowshahi will be its new CEO 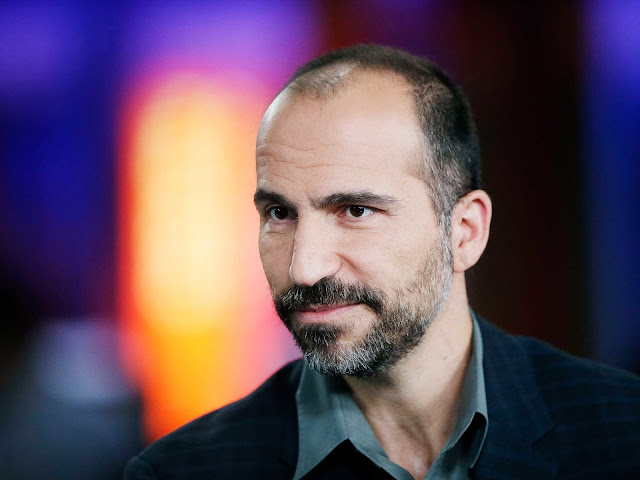 Dara Khosrowshahi is officially Uber CEO, according to an email from company's board to employees; Travis Kalanick says he “couldn't be happier”

Below is an email sent to Uber employees from the company’s Board of Directors this evening:

Team,
We are delighted to announce that Uber’s Board has voted unanimously to appoint Dara Khosrowshahi to be our new CEO.
Dara came to America at nine years old when his family escaped Iran on the eve of the Iranian Revolution. He grew up in Tarrytown, N.Y., trained as an engineer at Brown, and spent many years at IAC serving as Chief Financial Officer and in various operational and strategic roles.
In 2005, he became CEO of Expedia, which he built into one of the world’s leading travel and technology companies, now operating in more than 60 countries. He has four children and not surprisingly loves to travel, one of his favorite trips being to the Angkor Wat temples in Cambodia where his wife Sydney said yes to marrying him.
We’re really fortunate to gain a leader with Dara’s experience, talent and vision. The Board and the Executive Leadership Team are confident that Dara is the best person to lead Uber into the future building world-class products, transforming cities, and adding value to the lives of drivers and riders around the world while continuously improving our culture and making Uber the best place to work.
Dara will be joining us tomorrow, August 30, for an All Hands. Add your questions for Dara here, and stay tuned for a calendar invite with more details. He’ll also be meeting with employees around the world in smaller groups over the next few weeks, and spending time with drivers.
Please join us in welcoming Dara on what promises to be an exciting ride!
-Yasir, Garrett, Matt, Ryan, Arianna, Travis, Wan Ling & David