Drones at CES 2017 - The Technology of the Future 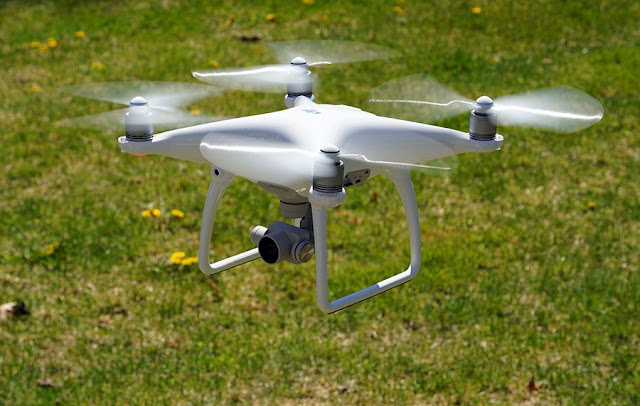 CES 2017 was an incredible breakthrough for technology! The Consumer Technology Association, better known as the CES, held another ground-breaking exhibition this year, which took place in Las Vegas, Nevada. Drones, among other technologies, made their way into the spotlight this year.


This Year’s Drones and How They Affect Technology

Though drones are nothing new these days, the drones that were showcased during CES 2017 are a major leap where technology is concerned. While DJI, one of the big ballplayers in the drone marketplace, showcased their latest and greatest, there were a lot of other manufacturers that are very new to the scene.

Drone enthusiasts were brimming with excitement at the thought of not only new drones, but new manufacturers that they had never seen or heard of before. It used to be that the best mini quadcopters were the latest innovation, but the drones showcased this year have taken technology to the next level.

Going forward from this year’s event, everyone is hoping that next year will have drone technology that will trump everything we saw this year. The exhibitors who presented their drones in the Drone Marketplace at CES 2017 are proving that drones are on the rise and definitely won’t be stopping anytime soon.

CES themselves have predicted, and practically proved with this year’s exhibition, that drone sales were going to reach a record height by the end of 2016. This was proved true, because drone sales topped a whopping record rate of over 2.4 million units sold in 2016 alone. This number is expected to double, maybe even triple, at the end of this year.


The Showcased Drones from CES 2017

Though we saw fewer drones compared to last year’s CES exhibition, there were some incredible additions to this year’s exhibition that stormed their way into our hearts. There were a ton of great new drones this year, so narrowing the most popular and most loved innovations was difficult.

One of the most exciting drones that were introduced was DJI’s Chinese New Year Edition of one of their most loved drones from their line, the Phantom 4. Designed by Martin Sati, this special edition to the beloved Phantom 4 has a Phoenix theme with the earth, fire, air, and water elements all wrapped up into one. It comes with TapFly, ActiveTrack, Obstacle Sensing, the beloved 4K camera and much more.


Yuneec also made a grand appearance with their new Typhoon H with RealSense technology. This unique drone uses three different sensors and cameras that automatically refresh at a rate of 60 fps. It literally builds a 3D of the surrounding world, with the RealSense technology capable of detecting any obstacle and intelligently adapting to them.


What’s more, the RealSense technology is so sensitive, thanks to all of the cameras and sensors onboard, that it can detect something as small as an incoming twig. The GPS pairs with this new technology to ensure that you are able to track targets and incoming obstacles. This is an incredible breakthrough for drone technology, because we’ve mostly only seen drones with GPS that can only supply vision, not tracking methods.


The Premium 2.0 drone by Byrd was another big favorite of CES 2017’s drone’s marketplace exhibition. It’s extremely compact through folding capabilities, can hold a camera that weighs up to 5 pounds, has a 30-minute flight time, an onboard 4K camera, a modular mounting system for the 4K camera, and much more. The best part, however, is the improved range for the video streaming, which is now a killer 2,000 meters. The first Premium by Byrd was a definite masterpiece, but the Premium 2.0 showcased at CES 2017 is definitely ten times better.


Advanced Aerodynamics LLC presented some of the neatest drones that were seen this year. Their Sidekick Aerial Ball drone features a mini drone inside of a cage that definitely represents everything that is awesome where mini quadcopters are concerned. CES 2017 also featured their XT Flyer Mini with Camera quadcopter, which also has a surrounding cage. These mini quadcopters definitely stole quite a few hearts this year.


Speaking of mini quadcopters, CES 2017 also had the Microdrone 3.0. For only $200, this micro drone features a 720p HD camera and even CAD files for the purpose of printing custom frames for this wickedly small drone. Interestingly enough, it’s the only drone on the planet with the smallest gimbal system for the camera’s positioning.


Guangzhou Walkera Technology Co., Ltd., best known as Walkera, introduced their Voyager4 ZoomCan Drone, which is an incredible drone entirely. It has a zoom rate of 16 times compared to any other drone on the market right now. It also has a flight time of 20 minutes, remote monitoring, a great range for both video and still photographs, and even has an application to go with it for smartphones and smart devices.


Lastly, one of the greatest innovations seen this year isn’t a drone, but it’s definitely one of the best drone technology innovations that have ever been created. The new Duo camera by FLIR blows GoPro completely out of the water. This superb camera combines thermal imagers and a traditional RGB sensor to create the most superior drone camera we’ve ever seen.


The Duo camera by FLIR is perfect for agricultural and industrial scanning uses, a great addition for security applications, and includes an HDMI output port for the purpose of streaming live through the use of the transmitter from virtually any drone you could ever think of.


The Duo camera is around the size of your traditional, run of the mill GoPro camera, but it’s slightly lighter to ensure that it can fit snuggly on any drone without adding too much weight. While this isn’t a drone, it’s one of the best innovative pieces of drone technology that CES has ever presented to the world.


The CES Exhibition - Taking Innovative Drones to the Next Level


It’s definitely going to be hard to beat everything we saw at CES 2017, but we’re definitely excited for what next year will bring.


Author Bio:
Jack is a true drone enthusiast. He graduated the Drone/UAV Pilot Training Certificate program and is now a member of the Association for Unmanned Vehicle Systems International. His main purpose is to find and develop new features and help others discover the wonderful experience of flying a drone. He is the main editor and content creator at MyDroneLab.