The Cloud in 2016: Adoption, Usage & Importance 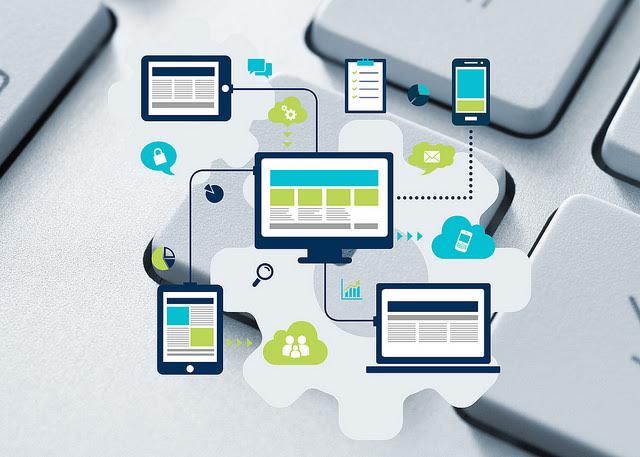 Cloud computing is, in simple terms, the process of storing any of your data virtually and being able to access it through the Internet, rather than saving it on your computer’s hard drive.

It all started with a man named J.C.R. Licklider, who developed the Advanced Research Projects Agency Network in 1969, and his vision of creating an “intergalactic computer network” that would connect programs and be accessible from anywhere in the World. Today, many of the programs, software, and apps, as well as social media have the ability to provide us with the services they do thanks to this network, which we now universally refer to as the “Cloud”. An example of a well-known software that works both on and off the cloud would be Microsoft Office. Normally, Microsoft Word for example, would be a program installed (and stored) on your computer, with everything you wish to save getting stored on your computers hard drive. In the recent years, a partnership with Google provided the software with the opportunity to offer a cloud-based version of its services – in the form of Google Documents. The use of this cloud-based version of the software allows us to not only access the program from any device with Internet connection without having to download or install the actual software, but also to store any of our work on that same cloud (and access it from anywhere in the World).

One of the most recognized clouds out there is the Apple iCloud. Apple's cloud is mainly used for synchronizing emails, contacts, photos and sounds between your Apple devices (laptop, Ipad, Iphone or Ipod). It allows you to access your saved information from most modern day devices. Even if you wash to access it through Windows, all you would need to do is install the control panel for the iCloud. Google Drive is another commonly used, cloud-based tool that even has an individual app, allowing you quick access through smartphones and tablets. Then there’s also Google Maps, another example of the use of cloud computing in our everyday lives. Amazon’s cloud, being one of the first widely accessible cloud services, still plays a major role in the industry today. Its drive is known for the ability to store Kindle books, photos, music and pretty much anything purchased on Amazon. It also offers you the option of subscribing to Amazon Prime and having access to unlimited cloud storage. When it comes to Amazon and its cloud however, the company is much bigger in the business-to-business services. Amazon Web Services (AWS) provide their cloud services to over one million customers, some of which include Netflix, Soundcloud, Spotify, Airbnb, Yelp…etc. Their services are so important in today’s business World that companies started looking for and hiring those with AWS knowledge. The practice of using the cloud in general became so important that it gave birth to companies/schools offering cloud related training and certification! One such company is CloudAcademy - which offers not only general cloud training and certificates, but also specific training for Amazon's AWS.


When it comes to business, especially those in the IT sector, there is a huge benefit from the great amount of storage space as well as a significant reduction in costs. Platform as a Service (PaaS) is a great way businesses are developing eCommerce. An external company like Google App Engine offers the tools you need to create this, but you still maintain control of your site through the server. It is also thanks to the cloud technology that businesses are now able to offer employees options of working from home (easy access and transfer of documents). Businesses also have the added benefit of only buying as much cloud space as they need at the time. Individuals tend to just use cloud storage for photos, music and occasionally several documents, meaning they need much less storage than a large business does. Today the Internet plays a huge role in our day-to-day lives – whether at work or at home. Progress and development in cloud computing is becoming increasingly important. The industry is growing at such rapid pace that it’s creating more demand for cloud computing skills that there is supply. Since it’s been a while since we last saw an industry that had a higher job demand than supply, Cloud Computing can end up having a lot more positive influence on our World than we can imagine today!