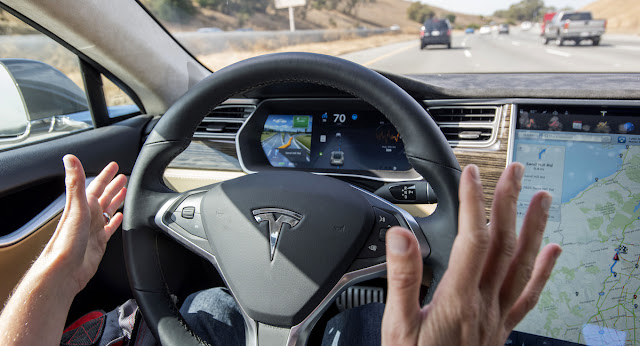 While there are dozens of small refinements with Version 8 of our software, described in addendum below, the most significant upgrade to Autopilot will be the use of more advanced signal processing to create a picture of the world using the onboard radar. The radar was added to all Tesla vehicles in October 2014 as part of the Autopilot hardware suite, but was only meant to be a supplementary sensor to the primary camera and image processing system.

After careful consideration, we now believe it can be used as a primary control sensor without requiring the camera to confirm visual image recognition. This is a non-trivial and counter-intuitive problem, because of how strange the world looks in radar. Photons of that wavelength travel easily through fog, dust, rain and snow, but anything metallic looks like a mirror. The radar can see people, but they appear partially translucent. Something made of wood or painted plastic, though opaque to a person, is almost as transparent as glass to radar.