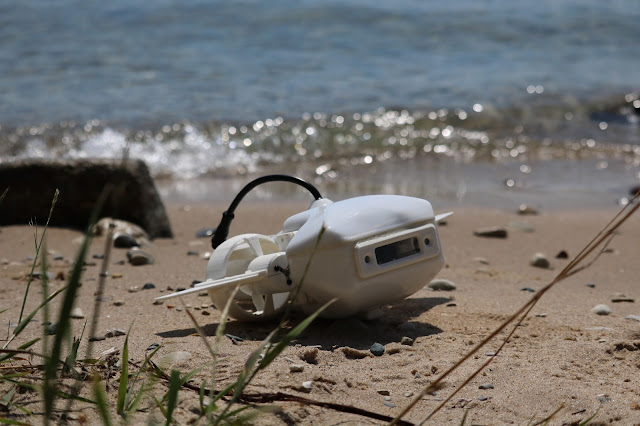 The Fathom One — is an easy to use, portable, modular underwater drone that’s less than half the cost of the closest competition.

Using the Fathom One is simple: Simply turn it on, connect to its WiFi hotspot using any Android or iOS smart device, and drop it in the water. You can see what it’s seeing using the live HD video stream, and guide its movements with touchscreen controls. 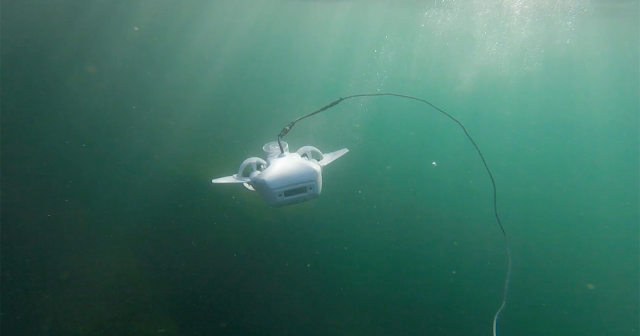 The Fathom One is the world’s first easy to use, truly affordable underwater drone. Unlike systems that claim to be “inexpensive” with price tags ranging anywhere from $1,600 to $20,000, the Fathom One sets a new standard in affordability at $600. The Fathom One features a 1080p camera onboard with built in high-intensity LEDs, as well as a patent-pending modular thruster attachment system. This system allows users to take off all three of the Fathom One’s thrusters in order to easily customize, upgrade, or pack the drone. It also features an integrated rail system on the bottom of the device that makes it incredibly simple to attach action cameras, additional lights, or other sensors to the drone. And to extend the working range of the Fathom One, the Fathom team is designing a WiFi buoy that can transmit up to 100 feet away to any smart device. To use the system, simply connect the drone to the buoy, connect to the buoy wirelessly on any Android or iOS device using the Fathom app, and toss it in the water. The result of this streamlined system is the ability to explore underwater without ever having to get wet.