Benefits of a Company Sports Team 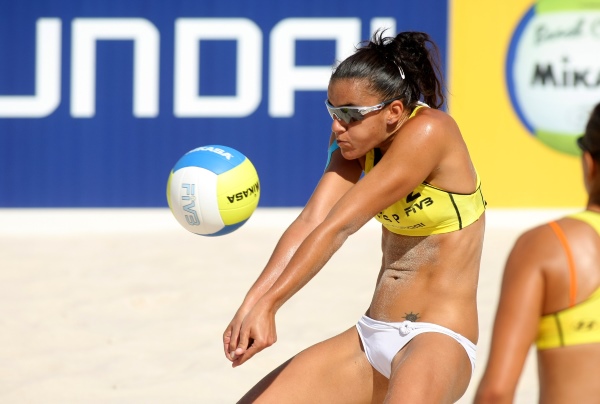 Before we delve into the topic at hand, allow me to tell you a story about Scott Adams, the mind behind Dilbert. Considering how his comic strip deals with corporate satire, a lot of his material has hit close to home for many a company. However, Adams has noted that a lot of problems that he mocks are issues that existed on a personal level; in one interview, he stated, “Well, business schools may tell you how to manage a business, but they don’t tell you how manage people. A business education makes you a lot smarter, it makes you understand all the issues, it teaches you about the cost of doing business, and it teaches you about marketing and customers and that kind of stuff. But what it often doesn’t tell you is how to deal with a disgruntled employee, for example.” To help resolve, some companies take time to host team sports and other activities that help their employees act in a cohesive unit.

Of course, the comic strip has mocked and satirized the concept of company athletic activity and other forms of team-building exercises, especially when they seem to do little besides waste everybody’s time. Nonetheless, if done effectively (and more importantly, successfully), the company sports team can work wonders for your employees. In some ways, it’s amazing how much morale can be boosted by having everyone spend some time out of the cubicle.

Part of the reason why a company sports team can help is that offers a nice little insight into the way your employees tick. Sure, most of the basic insights that may come up are essentially the Freudian kind. But a careful, intelligent and observant manager that doesn’t has his or her head all the way up in Cloud Cuckoo Land can see what positions work for the best for each of their subordinates, and apply it when it comes time for the next group project. After all, the employee that you had to relegate to the right field position because he or she can’t pitch to save his or her life is not the type you would want in any leadership position. Not to mention that, for more of your… er, “big-boned” employees, being on a company athletic team can help improve their health. It may need a nice and easy transition before that employee is assigned a position that can be strenuous, but over time one can easily see not only physical improvements, but emotional improvements as well.

Nowadays, the concept of the company sports team is starting to lose much of its luster. According to one article from The Wall Street Journal, “Despite its perks of fresh air, good times and an early exit from the office, company softball is an increasingly difficult sell, according to league commissioners and former players. From kickball to distance running, options have exploded as free time has shrunk, they say.” Such a decline can be attributed to many factors, such as an unsure economic future in the age of the ‘jobless recovery’, or the explosion of online work that didn’t absolutely require employees to be in the office from 9 to 5. Or it could be the fact that more jobs are in cities where the average worker doesn’t have a job and feels like he or she gets enough of a workout trying to get to work like it’s the last helicopter out of Saigon.

However, the idea of the company sports team has not lost all relevance. With the right incentives (*cough*, pay raise, *cough*), as well as a custom flag from a company like Build a Flag, you can have a great team that is winning in and out of the office.